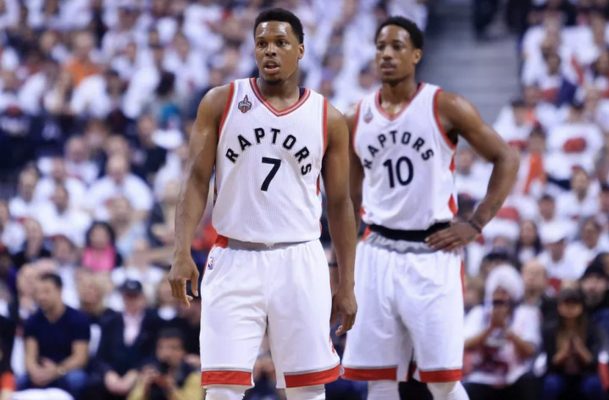 The Eastern Conference has been owned by four-time MVP LeBron James for the last six years. The Cleveland Cavaliers superstar has advanced past every team that has stood in his way, beating multiple different franchises on his way to the NBA Finals since 2010.

However, even with the King’s dominance, there’s one player who believes he finally has the formula to dethroning the King and defeating the Cavs.

“I think it’s just focus, and being better. Take the experience of what they did to us and learn from it. We couldn’t win a game (in Cleveland) in the playoffs, couldn’t get close. We have to find a way to win a game on the road, especially them having the one seed. But maybe our chance is to get that one seed. That would help, to have home-court advantage.”

The Raptors nearly edged out the Cavs in the standings last year, falling one game short of tying their conference-leading 57-25 record. In the conference finals, when the two teams squared off, both squads split the first four games with wins on their respective home courts.

Although the Raptors were eliminated on their floor during Game 6, they believe that they have the experience and expertise to win an entire series if granted home court.

The Cavs, on the other hand, shouldn’t be quick to brush aside Lowry’s comments, seeing as how they almost lost the conference’s top spot late into the season. The Raptors guard is hungry to win and believes his team has what it takes after only being two wins away from an NBA Finals appearance.