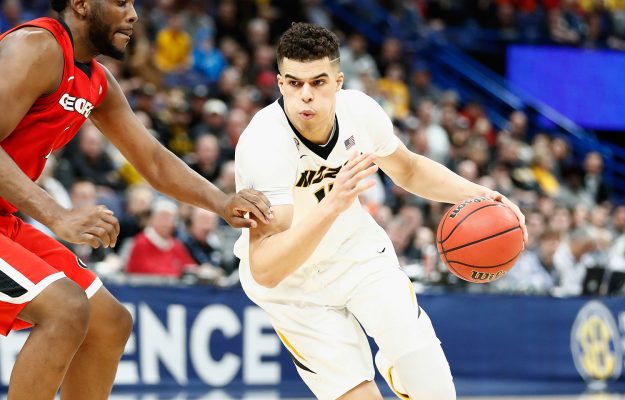 The 2018 NBA Draft is just days away, and while the Cleveland Cavaliers have been linked to several high-caliber prospects, it appears that they have a one name at the top of their wish list.

According to Joe Vardon of Cleveland.com, the league believes that the Cavs have one specific player in mind:

“If Michael Porter Jr. is still on the board when the Cavaliers draft eighth Thursday and they haven’t agreed to trade the pick, they will likely select him.”

The former McDonald’s All-American Game MVP and Gatorade National Player of the Year was ranked as one of the top prospects in the class of 2017. He then suffered a lower back injury at the onset of the 2017-18 NCAA season which forced him to miss a vast majority of the season.

If Porter were to fall to the Cavs’ eighth overall pick, it would likely be because of injury concerns around the league. Still, it may be wishful thinking to believe that the 6-foot-10 forward will be available that late in the draft.

“But Porter, the former top high school player in the U.S. whose freshman season at Missouri this year was cut to three games by a back injury, may be off the board well ahead of the Cavs’ slot,” Vardon explained. “And there is no consensus outside the organization as to whom they would take in that case.

“Several sources, ranging from NBA executive to agents to scouts, told cleveland.com that the Cavs would most likely draft Porter if they could. The team, naturally, will not comment on its draft strategy.”

Vardon also detailed several of the other prospects the Cavs have been eyeing in the somewhat likely event that Porter is long gone by the time they pick:

“These are the reasons the Cavs would likely take Porter if he’s there, sources said. He has too much upside to overlook.

“The chances of Porter making it to No. 8 are dwindling, with reports of multiple teams ahead of the Cavs considering him — including the Sacramento Kings at No. 2.

While the Cavs didn’t win the draft lottery like they hoped they would when they traded for the No. 8 pick, this year’s class is considered to be quite deep near the top. Even if Porter is no longer available, the Cavs are sure to have their pick of several top-flight talents.

Hopefully they make the right choice.