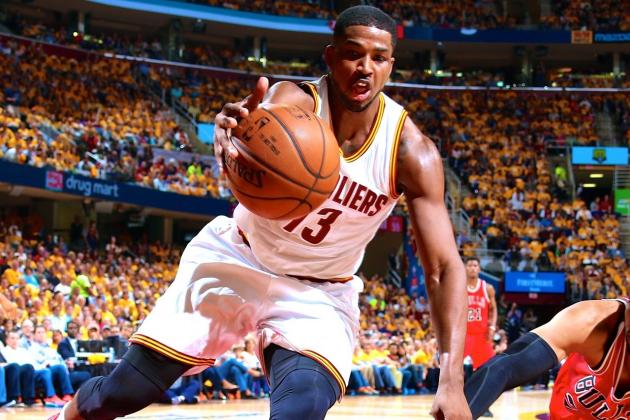 The continuing saga of contract negotiations between the Cleveland Cavaliers and power forward Tristan Thompson appear to be coming to a head, with no positive signs that any compromise will be reached.

ESPN’s Brian Windhorst is reporting that the two sides continue to have a $14 million difference of opinion when it comes to how much money Thompson should receive over the next five years. Thompson’s agent, Rich Paul, is intent on getting him a max deal that will pay him $94 million, while the Cavaliers are apparently refusing to budge from the $80 million they offered more than two months ago.

Paul said last month that if Thompson signs a qualifying offer — a one-year deal that would pay him $6.9 million — the power forward won’t consider re-signing with the team next July when he becomes an unrestricted free agent.

The Cavs are basing their offer on what other similar players, such as Golden State’s Draymond Green, Toronto’s Jonas Valanciunas and Utah’s Enes Kanter have been given by their respective teams.

Thompson turned down a four-year, $52 million deal just prior to the start of last season, then went on to have a strong year. His performance in the postseason, especially after the season-ending injury to Kevin Love, helped the team reach the NBA Finals for only the second time in history.

LeBron James, who also has the same agent, has previously said that the Cavaliers should re-sign him, but hasn’t commented about the continuing impasse.

There is talk that Thompson will sign that qualifying offer by the end of this week if the issue isn’t settled.