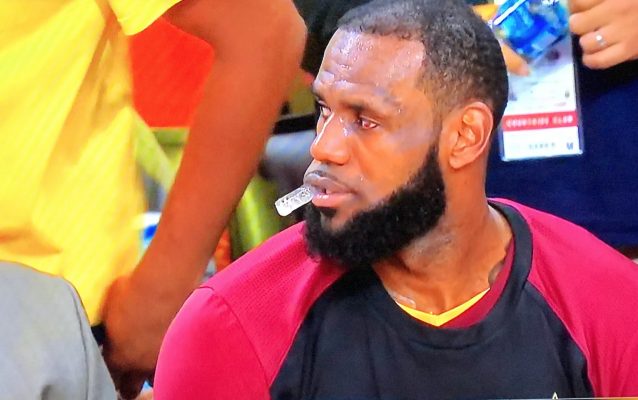 In Game 1 of the NBA Finals, Golden State Warriors big man Draymond Green took a swipe at LeBron James and left a pretty nasty mark. Late in the first half of Game 1, Green fouled James as he rose to the basket and poked the four-time MVP in the eye in the process.

Later in the game, the impact of the foul was clearly seen on James’ face as a large red spot appeared in his left eye.

“My eye has been better. It was pretty much blurry, and it got worse and worse as the game went on,” he said. “Draymond poked me right square in the eye. I’ll deal with that over the next couple of days.”

That certainly didn’t inspire much confidence in Cleveland Cavaliers fans who were still reeling from the heartbreaking Game 1 defeat. Luckily, Cavs head coach Tyronn Lue offered an update on James’ eye on Friday.

Lue: LeBron is fine. Had a little redness in his eye last night, but he's fine

Thats the best news both his teammates and fans could hear regarding the injury.

He’ll have two full days to recover before he and the Cavs take the court for a huge Game 2 on Sunday night.