LeBron Stands Up and Leaves Postgame Press Conference in Disgust 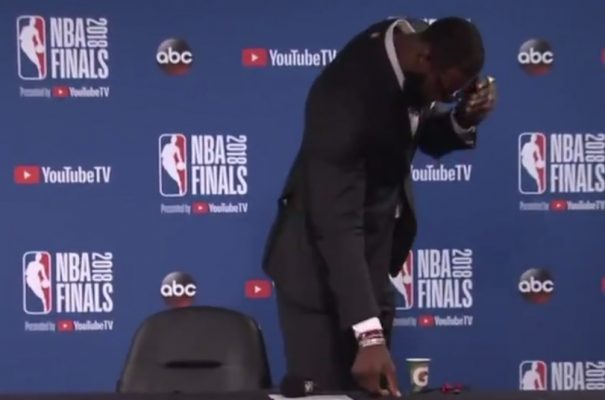 After another tremendous performance in which he finished with 51 points, dropping a 124-114 overtime contest to the Golden State Warriors was apparently gnawing at Cleveland Cavaliers forward LeBron James. That became evident when James abruptly ended his portion of the postgame press conference by walking out of the room.

Many of James’ responses to many of the questions were either short or virtually non-responsive. He declined to offer any insight into his trash-talking with Warriors guard Stephen Curry in the final minute of the game. In addition, he curtly noted that he got no sense of satisfaction in the strong effort the Cavaliers gave, which ultimately came up short.