Isaiah Thomas Sends Support to Cleveland Cavaliers Ahead of Game 1 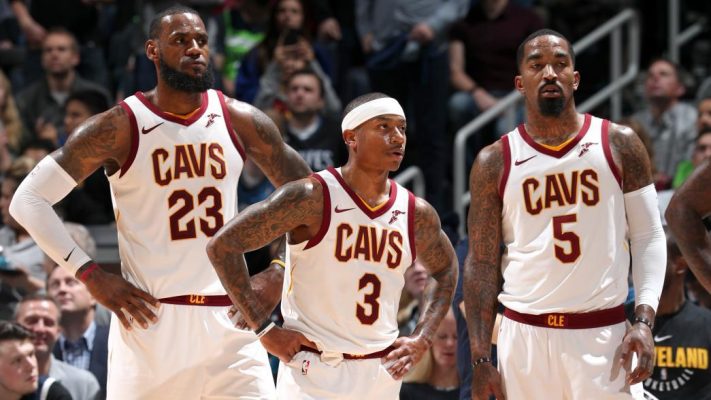 Isaiah Thomas‘ career with the Cleveland Cavaliers was very short-lived. In fact, he only played 15 games in the Wine and Gold before he was sent to the Los Angeles Lakers in a trade deadline deal. That fact hasn’t stopped the former All-Star from voicing his support for the Cavs ahead of Game 1 of the NBA Finals though.

On Thursday morning, Thomas took to Instagram to post a throwback picture of his days as a member of the Cavaliers. While there is certainly a hint of sarcasm in his post, it seems he is still rooting for his former squad.

#TBT let’s get it lol

To make the post even most hilarious, one of the subjects of the post, Cavs guard J.R. Smith, responded to the picture with a message of his own.

During his time in Cleveland, Thomas struggled with issues both on and off the court and it quickly became evident that he wasn’t a right fit. In the end, it seems the trade that sent him to Los Angeles was best for both parties. The Cavs are gearing up for their fourth trip to the finals in as many seasons and Thomas elected to get the hip surgery that he decided to forgo last summer.

Interestingly, if the Cavs were to beat the odds and defeat the Golden State Warriors in the series, they could elect to offer a championship ring to Thomas because he was a member of the roster during the 2017-18 regular season.

It likely would not be the way Thomas would want to earn his first ring, but it would probably be too good of an offer to pass up.