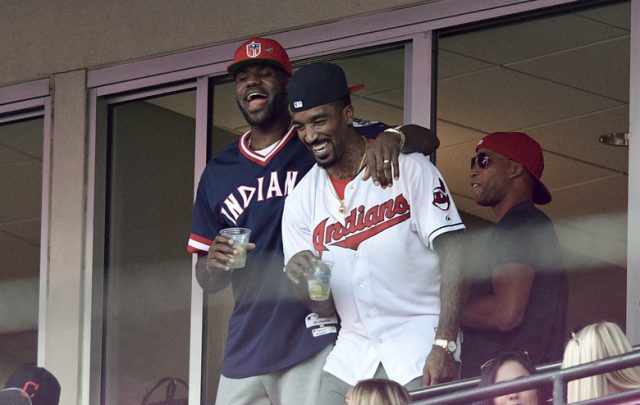 On Tuesday night, the Cleveland Indians made Major League Baseball history when they won their 20th game in a row after they shut out the Detroit Tigers 2-0 at Progressive Field.

The Cleveland Cavaliers organization and players from the team were quick to react. On both Twitter and Instagram, praise for the Indians was aplenty.

New meaning to being a 20 game winner!! Wow! #WINdians

The 20th victory in a row tied an American League record that was set in 2002 by the Oakland Athletics. The Indians’ current 20-game streak is only the third time since 1900 that a team has won at least 20 games in a row, as Cleveland has joined the company of the A’s and the 1935 Chicago Cubs.

The Indians will look to tie the Cubs’ 21-game winning streak on Wednesday afternoon when they host the Tigers in the finale of a three-game series.