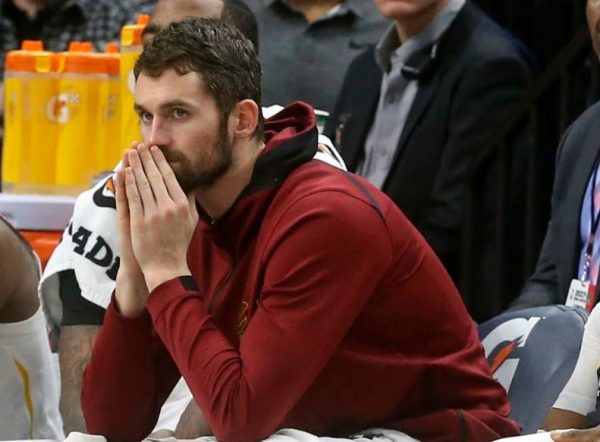 With Game 1 of the 2018 NBA Finals just over a day away, fans of the Cleveland Cavaliers are anxiously awaiting news on the health of star big man Kevin Love. Unfortunately, recent updates do not bode well for his status heading into the first game of the much-anticipated finals series.

According to the most recent report, Love remains in concussion protocol.

With just over 24 hours between now and tipoff, there is not much time left for Love to be cleared by team doctors. If he is ultimately ruled out for Game 1, it is likely that Cavs forward Jeff Green will start in is stead.

Green entered the starting lineup in Game 7 of the Eastern Conference finals following Love’s injury in Game 6 and performed very well. He finished the night with 19 points and eight rebounds in 42 minutes. While it’s unlikely Green will enjoy the same kind of success versus the Golden State Warriors, it is good to know that the Cavs have a viable replacement for Love if he proves unable to go.

As for Love, he’s looking at it all with a glass half full mentality. While the entire 2017-18 season has been filled with ups and downs for the All-Star forward, he knows he’s already a winner.

“For me, the glass has always been half full whether I’ll play here four years or 14 years, I will have looked back and said it was a great time,” he said according to Tom Withers of the Associated Press. “This has all been worth it. We got to hang a banner and hopefully there will be more to come.”