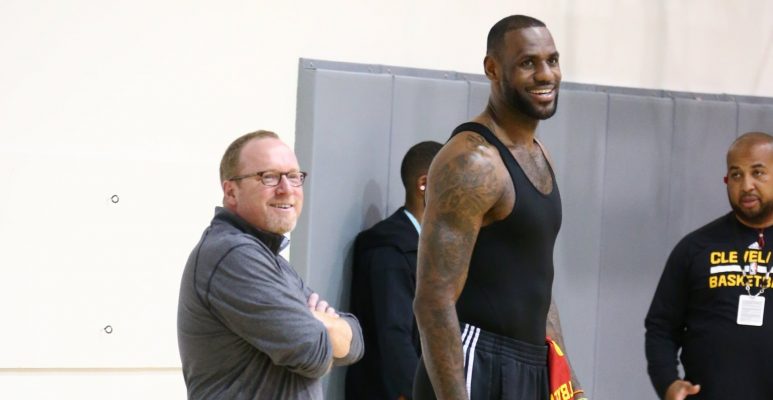 NBA.com made it official on Monday night that Cleveland Cavaliers owner Dan Gilbert will not be renewing Cavs general manager David Griffin’s contract, leaving Griffin essentially free to sign with any other team.

According to ESPN, Cavs superstar LeBron James and his camp also found out about the news today and are “surprised” according to several sources. Not only that, but Howard Beck of Bleacher Report states that James is “disappointed” and “concerned” with Griffin’s recent departure.

No one will believe this but just got off the phone with a source that said that LeBron camp was surprised Griff was out.

According to Adrian Wojnarowski of The Vertical, Gilbert is targeting Chauncey Billups as the No. 1 option to replace Griffin as general manager. Both sides are expected to talk soon. We’ll keep you posted here on CavaliersNation.com