LeBron James Addresses His Level of Fatigue After Game 5 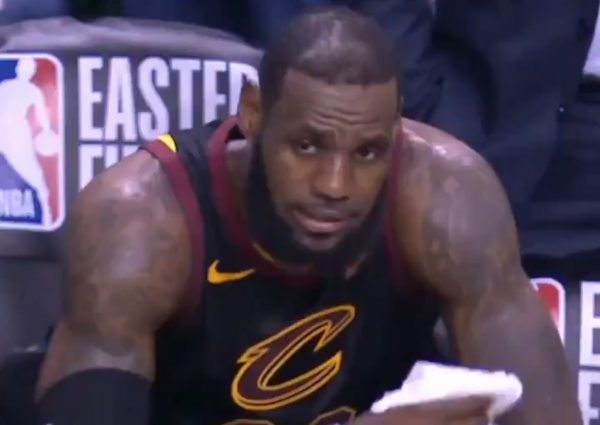 The presence of LeBron James on the court has been integral to the success of the Cleveland Cavaliers this season. However, after the team dropped Game 5 of the Eastern Conference finals to the Boston Celtics on Wednesday night, the question of whether or not he was tired during the contest led him to offer an honest response.

in the aftermath…@KingJames was asked if he was tired tonight "I had my moments..but I think everyone is tired or worn down at this point…we had our opportunities…we just didn't make plays"

The 33-year-old James was asked the question because Cavs head coach Tyronn Lue had mentioned that he felt James was feeling fatigued during the game. Despite that fatigue, James still collected a double-double with 26 points and 10 rebounds, while also adding five assists. Including the regular season, James has played in all 98 of the Cavaliers’ games.

The Cavs now will face the prospect of seeing their season end if they lose in Game 6 on Friday night. With James a likely free agent after the season, that could ratchet up the level of talk about that game being his last home game at Quicken Loans Arena.