Video: LeBron Speaks on Effect Jayson Tatum’s Hit Had on Rest of His Game 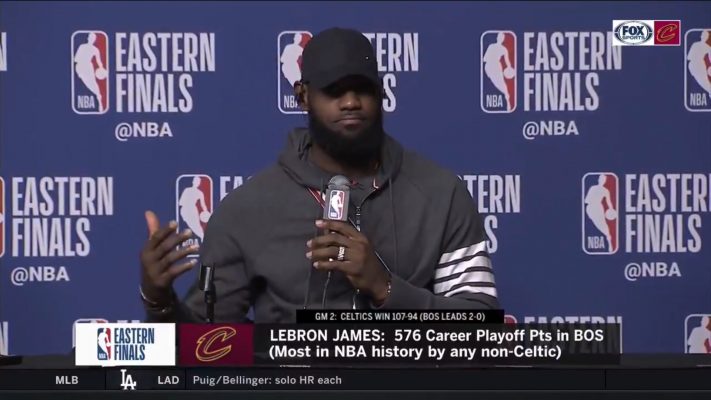 In the immediate aftermath of the Cleveland Cavaliers losing Game 2 of the Eastern Conference Finals, some level of concern existed regarding the hit that LeBron James took during the second quarter from the Boston Celtics‘ Jayson Tatum. Despite rumors of a potential concussion, James attempted to dispel any notions of that diagnosis and indicated that the collision was incidental and had no effect on his game in the second half.

James scored 24 points at the time he sustained the hit and finished with 42 points for the game. Of those 24 points, 21 came during a huge first-quarter performance that helped the Cavaliers take a four-point lead.

Tatum’s hit came with 3:48 left before halftime, with James returning at the 1:57 mark of the second period. Just after he sustained the hit, James split his two free throws, but from the time he left the game to seek treatment to the end of the game, the Cavaliers were outscored 71-47 by the Celtics.

With the defeat, the Cavs have little margin for error as they head back home for the next two games. A loss in Game 3 could put them in line to be swept in the series, while a Game 4 defeat means that the Celtics could clinch on their home court, where they’ve yet to lose this postseason.