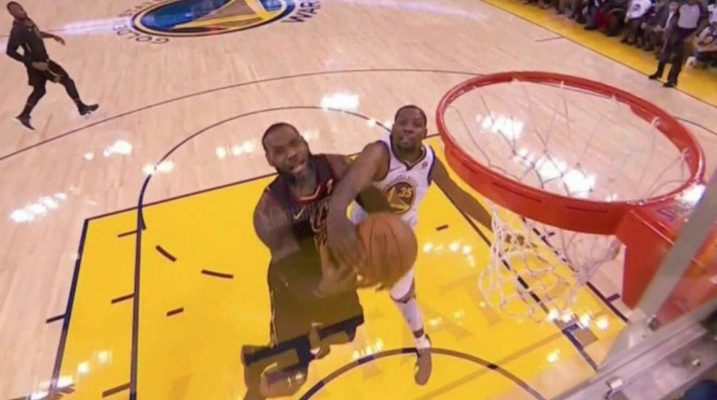 The Cleveland Cavaliers had a chance to cut the Golden State Warriors’ lead to just one point with 24.5 seconds remaining in the game on Christmas Day, but on a drive by the Cavs’ LeBron James, a controversial no-call by Kevin Durant led to a turnover by James.

Even on a play before, with Durant guarding James, many were pleading for a call on Durant as he clearly made body-to-body contact on James.

At 6-foot-8, 265 pounds, the same no-call on James likely would have been called a foul on any other NBA player.

After the two questionable possessions, Durant went on record to make a ridiculous claim.

As a slender 240 pounds in a 6-foot-11 frame, Durant typically gets foul calls that the more imposing James wouldn’t.

However, the referees are looked upon to make the same type of calls no matter the player’s size, so obviously Durant’s statement is pretty ludicrous here.