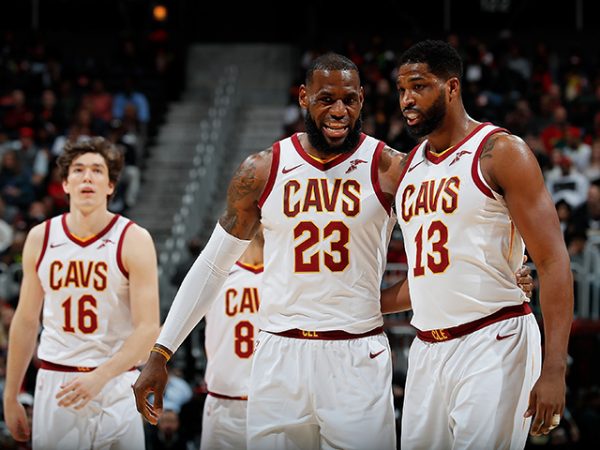 The Cleveland Cavaliers struggled mightily in Game 1 of the Eastern Conference Finals against the Boston Celtics on Sunday on their way to an overwhelming 108-83 loss.

The Cavs were bested on both sides of the ball and struggled to find momentum throughout the contest. To try and counteract that in Game 2, it seems that Cavs head coach Tyronn Lue may be seriously considering making a change to his team’s starting lineup.

Tyronn Lue all but revealed that the Cavs will start Tristan Thompson in Game 2. He says they are “weighing it” but also cited advanced analytics that show just how well Thompson has guarded Al Horford over the years.

Putting Tristan Thompson into the starting lineup would not only help in defending Al Horford, who finished Game 1 with 20 points, six assists, and four rebounds, it would also help the Cavs even the field near the basket.

In Game 1, the Cavs were outrebounded 54-47. They also struggled to find open shots and managed to shoot just 36 percent from the field. It seems that Lue hopes Thompson’s ability to serve as a big body down low will help improve his team’s success in terms of securing the ball and finding open shots around the rim.

Thompson struggled for much of the 2017-18 regular season, and at the onset of the playoffs, it was not clear whether he would be in the Cavs’ rotation at all. After playing just nine total minutes in the Cavs’ first five games against the Indiana Pacers in the first round of the playoffs, Thompson saw a huge uptick in his usage.

In Game 7 of the series against the Pacers, Thompson finished the night with 15 points and 10 rebounds in 35 minutes of play. In Game 1 of the following round against the Toronto Raptors, he recorded 14 points and 12 rebounds in 26 minutes of play. While Thompson has yet to replicate that kind of production since then, he also has not gotten that amount of playing time. It seems Lue is planning to go back to Thompson in Game 2 in the hopes that he gets another strong performance.

Following Game 1 against the Celtics, the Cavs certainly have a lot of questions in terms of finding success against their scrappy adversaries. Hopefully, Thompson supplies some of the answers.