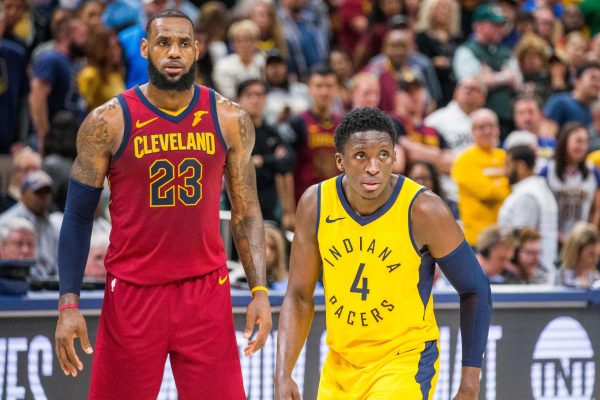 In the closing seconds of the Cleveland Cavaliers‘ dramatic 98-95 buzzer-beating win over the Indiana Pacers, Victor Oladipo had the opportunity to give his team the lead. Instead, LeBron James blocked the shot, called timeout and then hit the game-winner to give the Cavaliers a 3-2 lead in the best-of-seven series. Oladipo dismissed the significance of the shot on his team’s chances in the series during his postgame remarks.

Oladipo’s shot getting blocked was the cap on a rough night that saw him hit just 2-of-15 from the field. It marked the third consecutive game in which he’s struggled in that area, with the veteran connecting on just 12-of-50 attempts over that time for a shooting percentage of 24 percent. The Cavaliers’ J.R. Smith has been one of the keys in helping to neutralize the All-Star.

In addition to that defiant statement, another comment during Oladipo’s remarks had a whiff of sour grapes, with Oladipo claiming that James’ block was instead goaltending:

“It was a goaltend,” Oladipo said. “I mean it’s hard to even speak on it. It just sucks.”

Oladipo and his Pacers teammates now have no margin for error in Friday night’s Game 6 in Indianapolis. If they lose to the Cavs on their home court for the second time in the series, the Cavaliers will advance to the second round and the Pacers will begin making vacation plans.