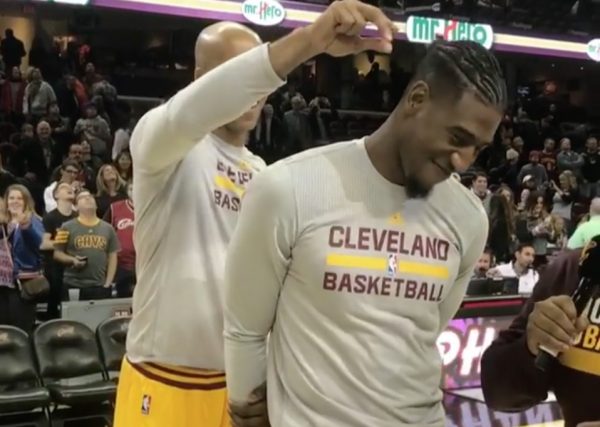 It was all smiles after the Cleveland Cavaliers‘ stomping of the Dallas Mavericks on Friday night, as they ran away with a 128-90 win for their 12th win of the season.

Reserves Iman Shumpert and Richard Jefferson each contributed just five points the evening, but were both a part of a hilarious moment after the game.

Watch as Jefferson video bombs Shumpert during his postgame interview.