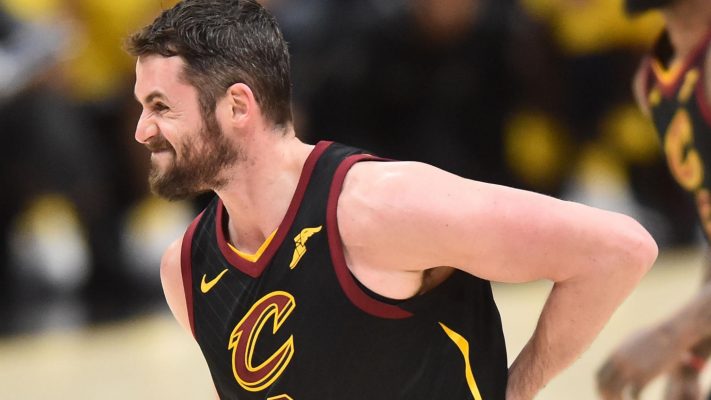 As Kevin Love walked to the Cleveland Cavaliers‘ bench holding his left hand late in the Game 2 victory over the Indiana Pacers, fans everywhere feared the worse for the All-Star big man.

Their fears were quelled shortly following the game, when Cavs head coach Tyronn Lue told members of the press that Love had simply jammed his thumb.

According to ESPN, however, Love’s injury is quite a bit more serious than a simple jam:

“Despite the injury, head coach Tyronn Lue said Love will be ‘ready to go’ for Game 3 on Friday in Indianapolis.”

Following the game, Love said he could have re-entered the game following the injury, but Lue kept him out:

“I saw a replay and it didn’t look good,” Love said. “It hurt pretty bad. I told (Cavs coach Tyronn Lue) afterward that I could have gone back in. But I think he liked the flow out there.”

He added that the injury will likely continue to bother him, but that it won’t keep him off the court:

“It’s not going to feel great tomorrow,” he said. “But throw some ice on it, tape it up and be ready to go.”

Despite the news of the added severity of the injury, this is still fairly close to a best-case scenario for Love and the Cavs. The talented center scored 15 points and eight rebounds in Wednesday night’s victory, and will continue to play a huge role in any success the Cavs enjoy this postseason.

Love will have one day of rest before the series moves to Indianapolis where the Cavs will look to win a pivotal Game 3 on Friday night. Hopefully, it’s enough time for him to get comfortable with this new minor injury.