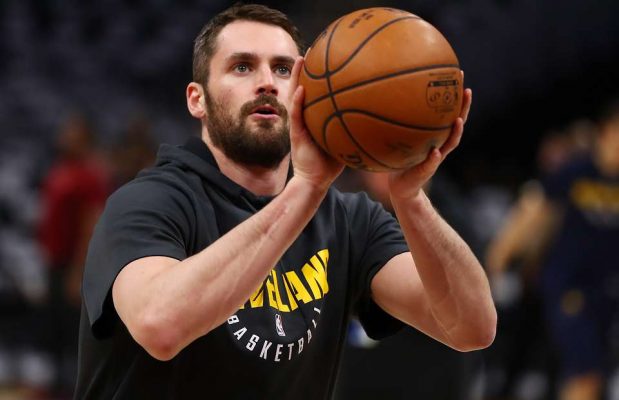 Cleveland Cavaliers fans held their collective breath late in the Game 2 victory over the Indiana Pacers, when Kevin Love left the game due to what seemed to be a potentially serious left thumb injury. Shortly following the game, however, it became clear that Love and the Cavs managed to dodge what would have been a very serious bullet.

After the victory, it was reported that the All-Star big man had suffered nothing more than a jammed thumb and is expected to be ready to go for Friday night’s crucial Game 3.

Ty Lue says that Kevin Love is good to play in Game 3. Just had a jammed thumb. He didn’t go back in the game because Lue liked the flow of the team he had on the floor. https://t.co/NWOPYnybp5

The initial fears of a serious left thumb injury were party due to the fact that Love had missed six weeks earlier this season due to a left hand fracture.

Love had a strong outing on Wednesday night prior to the injury, and finished the game with 15 points and eight rebounds. Luckily for the Cavs, they’ll be able to expect a similarly solid performance from the talented big man in Game 3.