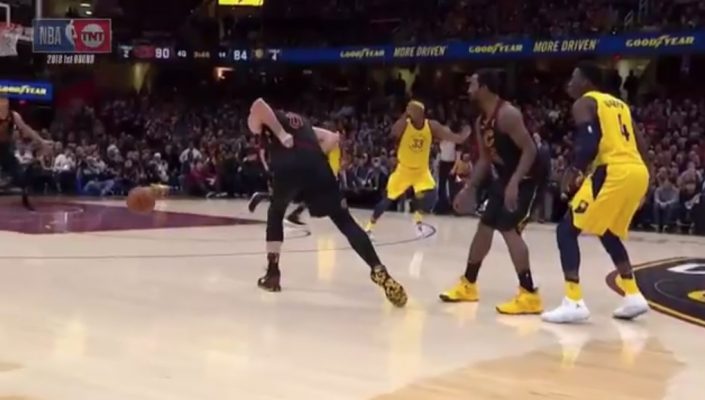 Kevin Love has been a huge part of the Cleveland Cavaliers‘ success since he returned from a left hand fracture back in March. If the Cavs enjoy a successful playoff run this season, Love will surely play a large role.

That’s why a hush fell over Quicken Loans Arena late in the fourth quarter of Wednesday’s Game 2 matchup against the Indiana Pacers, when Love left the game with an apparent left thumb injury.

The injury occurred when the All-Star big man stuck his hand out to block a pass from Victor Oladipo. Moments later, Love went to the Cavs’ bench to get his thumb examined.

Kevin Love's thumb is not supposed to bend like that pic.twitter.com/qJWHv22X4O

Love played a large role in the Game 2 victory, finishing the night with 15 points and eight rebounds before the injury occurred.

While the injury to Love’s left hand that kept him out for six weeks earlier this season did not include an injury to his thumb, it is never good to see a possible reaggravation of such a serious injury.

Hopefully Love is able to rest the thumb in the next few days so that he is ready to go for a pivotal Game 3 on Friday night.