Cavs Rumors: LeBron’s Free Agency List Has Been Narrowed Down to 4 Teams 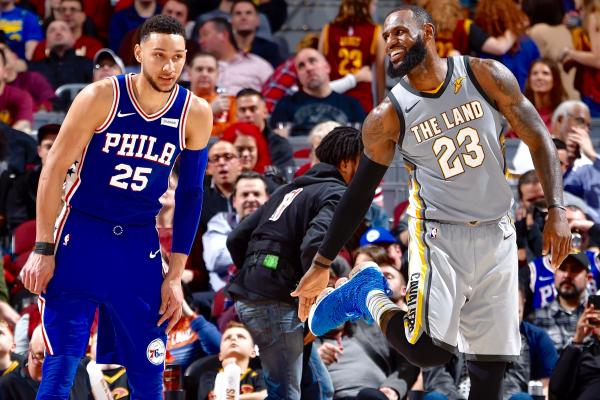 No one knows for certain where LeBron James will be playing basketball next season, perhaps not even James himself. It appears, however, that the NBA icon has compiled a list of potential destinations.

According to The Ringer’s Kevin O’Connor, James is currently considering staying with the Cleveland Cavaliers or playing for the Los Angeles Lakers, Houston Rockets, or Philadelphia 76ers.

O’Connor also mentioned the San Antonio Spurs as a long-shot option for James, but asserted that there are four clear frontrunners.

“There have been whispers, mostly on social media, about whether LeBron James would consider the Spurs because of the mutual respect between James and [Gregg] Popovich, now the coach of the U.S. men’s national basketball team,” he wrote. “But I’ve consistently heard from multiple league sources that LeBron currently has only four teams on his list: the Cavaliers, Lakers, Rockets, and 76ers.”

Leading up to the NBA trade deadline, it appeared that James was already looking forward to leaving Cleveland in the offseason. After the Cavs revamped their roster, however, James and the rest of the team have played with a newfound enthusiasm. Since then, reports have indicated that James is leaning towards staying in Cleveland. Still, it seems clear that he is keeping his options open.

So far this season, the four-time MVP is averaging 27.0 points, 9.0 assists, and 8.4 rebounds per game. Wherever he signs, his decision will have implications across the NBA. Hopefully that decision keeps him in Northeast Ohio.