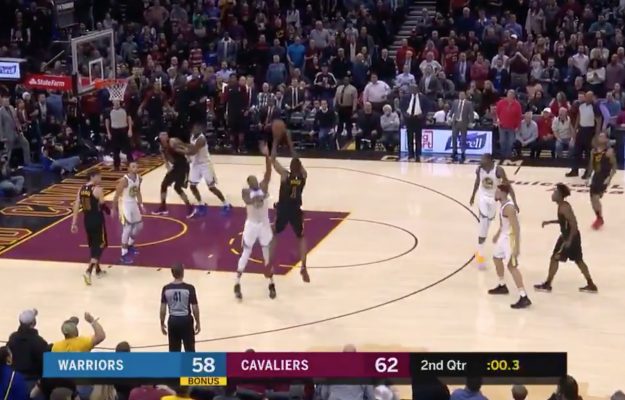 The Cleveland Cavaliers are putting up a serious fight against the Golden State Warriors, and when Rodney Hood hit a ridiculous buzzer-beater before the second half, the Cavs bench simply could not contain its excitement.

Cavs beating the Warriors and they're feelin' themselves ? pic.twitter.com/2ExYCHaH3C

Not only did Hood celebrate the circus-worthy shot, but nearly every Cavs player on the court and the bench did as well.

Through the first half, the Cavs led the game 64-58. They did so so thanks much in part to the fact that they were scorching hot from behind the three-point line, hitting 10 of their 20 3-pointers in the first two quarters.

The Cavs will see if they can get a small slice of revenge for last season’s NBA Finals and complete the upset tonight.