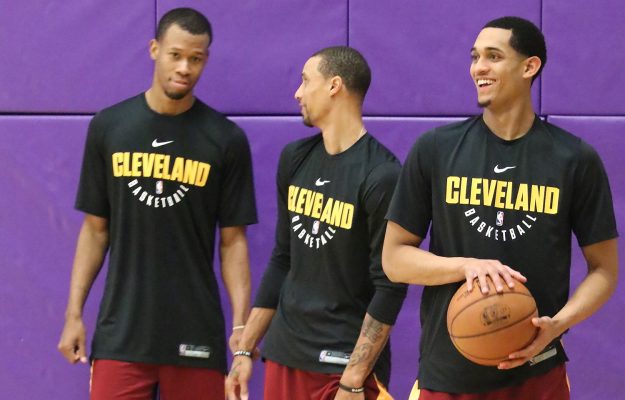 Now that the All-Star break has come to an end, the Cleveland Cavaliers and other teams are back at work to finish off the regular season. Having been away for one week has apparently caused some memory lapses for the newest members of the Cavaliers, according to head coach Tyronn Lue.

Of course, those players should probably be given some consideration before any criticism is delivered, given the fact that they’ve played just two games in Cavaliers uniforms. That quartet of George Hill, Jordan Clarkson, Rodney Hood, and Larry Nance Jr. became part of the Cleveland organization in a pair of deals on Feb. 8, the final day of the NBA trade deadline.

The remaining players should have no such excuse, though errors of this nature for any Cleveland player will likely be fixed by simply getting back into the routine of taking the court. The Cavs last played on Feb. 13, when they defeated the Oklahoma City Thunder on the road to extend their winning streak to four games.

Beginning on Thursday night, the Cavaliers resume their season by playing three games in four nights. The first of those contests takes place at home against the Washington Wizards, with tipoff for the nationally-televised broadcast coming just after 8 p.m.