Don't Miss
Home / Media / Jerry West on LeBron’s Finals Criticism: ‘If I Were Him, I’d Want to Strangle You Guys’

Jerry West on LeBron’s Finals Criticism: ‘If I Were Him, I’d Want to Strangle You Guys’ 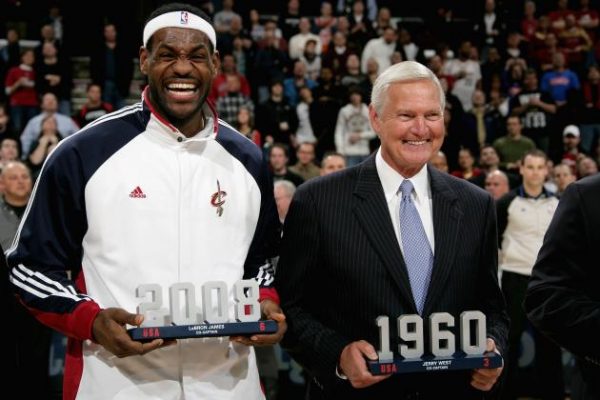 LeBron James is doing something that hasn’t been done since the 1960’s. He’s playing in his sixth straight NBA Finals, and is the first player to accomplish that since the Bill Russell-led Boston Celtics did it in the 60’s.

Yet some critics have deemed it necessary to find flaws in James’ streak and seven total NBA Finals appearances, mostly by pointing to the fact that he has achieved just a 2-4 overall record in those June games.

But the same man who faced off against most of those Celtics players in the 60’s thinks that the criticism is flat-out ridiculous.

NBA legend Jerry West, who spent his playing career on the Los Angeles Lakers and is currently a minority owner of the Golden State Warriors, dropped his two cents on the criticisms Saturday afternoon during the media availability after the Warriors practice.

“That’s the most ridiculous thing. If I were him, I’d want to strangle you guys,” West told reporters.

West continued by noting how none of James’ losses have been with his team as the favorite to grab the Larry O’Brien Trophy.

“How many times have they been the favorite? None. Zero,” said West.

And West has a solid point there.

In 2007, James dragged a Cleveland Cavaliers team to the Finals where he faced what was arguably the best version of the Tim Duncan-Gregg Popovich era San Antonio Spurs. In 2011, the Miami Heat ran up against Dirk Nowitzki and an incredibly hot Dallas Mavericks squad.

He met up again with the Spurs in 2014, who was seeking revenge for the 2013 NBA Finals loss that was dealt to them by James himself. And last season, King James was able to push the Warriors to six games despite having lost both Kyrie Irving and Kevin Love to injuries throughout the playoffs.

Yet here is James, back in the finals.

And West has taken note of his greatness, but the one thing puzzling the NBA Hall-of-Famer is how someone cannot see that.

“I don’t want to sound like Donald Trump, but it’s hard to believe that someone doesn’t recognize that greatness,” said West.