Why Collin Sexton and Jordan Clarkson Had New York Knicks Screaming ‘What the !$#%’ 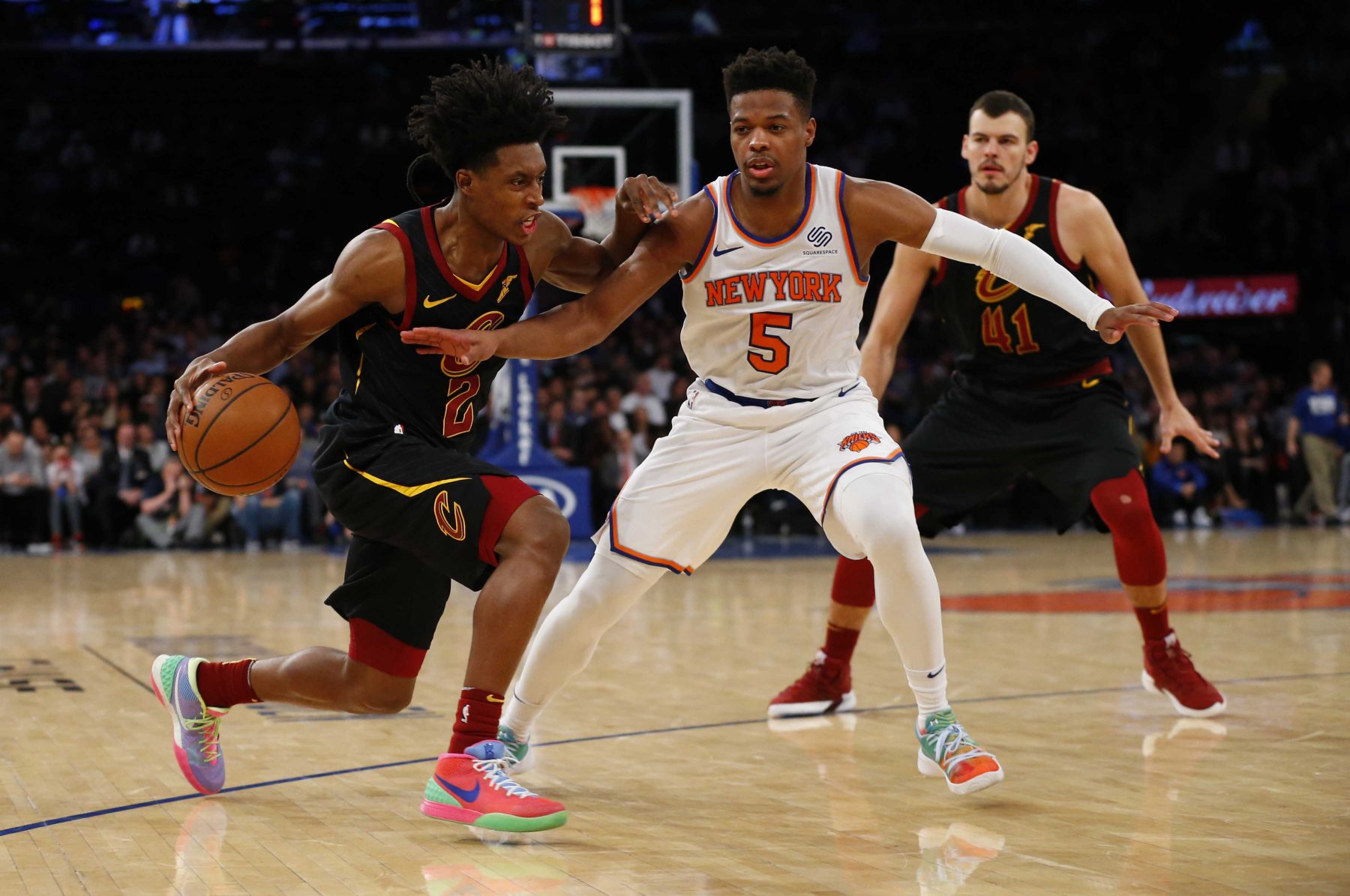 The Cleveland Cavaliers came back from a 14-point fourth-quarter deficit to defeat the New York Knicks, 125-118, on Thursday night.

Thanks to two members of the Cavaliers’ backcourt, Jordan Clarkson and rookie Collin Sexton, the dramatic comeback likely had the Knicks ready to blurt out some obscenities.

Joe Vardon of The Athletic offered this description of a crucial basket in the closing minutes that was due to the handiwork of both Clarkson and Sexton:

“Sexton and Clarkson had the Knicks screaming ‘WHAT THE !$#%’ by game’s end. With 1:21 left, Sexton drove into the teeth of the Knicks defense, stalled as he neared the rim, but rather than force a tough shot he whipped a sharp pass to Clarkson in the corner. Clarkson canned the 3 for a 119-115 lead. Cleveland had trailed by as many as 14 in the fourth.”

One particular reason that that particular obscenity might have come to mind is that both players had decided to temporarily bring back Nike-styled shoes for the game. Entitled “What the ____,” the shoes had originally been designed for the company’s signature athletes such as LeBron James and Kobe Bryant. The blank was supposed to represent the particular player style (i.e. “What the LeBron”).

“Thursday was the first time Sexton set foot inside MSG, for any reason. He wore a pair of ‘What the Kyrie’ shoes. It was the first time he wore them in the NBA, although he said he’d worn them once as an 11th-grader in suburban Atlanta.

“Clarkson, meanwhile, is a vet with a handful of games under his belt here. He sometimes wears a fur coat like Walt Frazier and broke out a pair of ‘What the Kobe’ shoes for this trip. When Clarkson was with the Lakers last season and played at MSG, he wore the ‘What the LeBron’ ’11 shoe.”

For the game, both Clarkson and Sexton delivered remarkably similar numbers. Clarkson came off the bench to score 22 points and grabbed a pair of rebounds in 28 minutes of action, Meanwhile. Sexton also scored 22 points and collected three rebounds and three assists on the night.

The two players and the Cavaliers will seek to make it two wins in a row on Saturday when they face the Detroit Pistons.