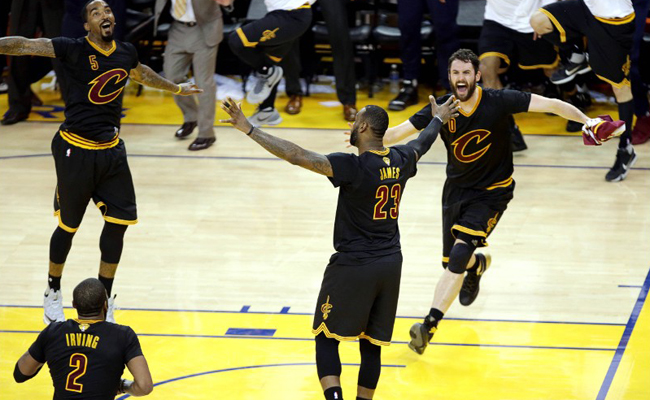 If you’ve watched the Olympics on NBC for the past couple of weeks, then you probably noticed that nearly every event was presented with “limited commercial interruption.”

And that was particularly true with live events, and it was because of the fact that international television stations don’t normally run as many ads as American stations do. While the US stations were forced to adjust for the Olympics in Rio, they were not forced to change during the 2016 NBA Finals, despite it being broadcast around the world.

Because of this, several international stations did not cut to commercials at the same time that ABC did, meaning that there is some unseen footage from the NBA Finals celebration that many viewers have not seen.

Here is some of that unseen footage courtesy of a Spanish language broadcast that shows a little bit more of the scenery that unfolded just after the final buzzer sounded in the 2016 NBA Finals.