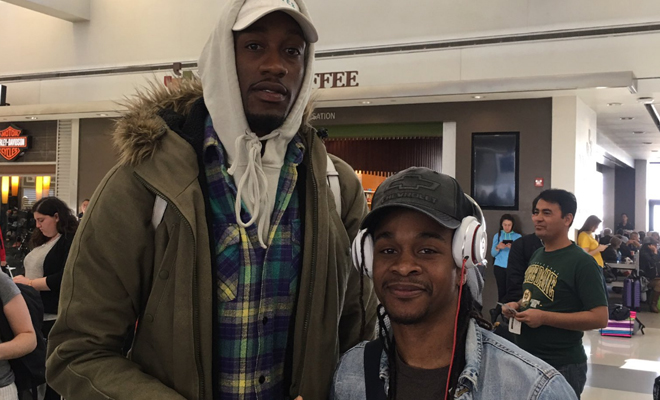 After rumors of the Cleveland Cavaliers being in serious discussions toward a deal with free agent Larry Sanders, it seems that even further speculation is showing a high chance of the Cavs landing the center.

On Saturday, Sanders posted a photo to his Instagram account, saying goodbye to the city of Los Angeles, where he’s been living for the past couple years. The following day, Sanders was spotted at LAX (Los Angeles International Airport), where he spoke with a fan who was headed towards Cleveland. That fan, Dennis Wells, tweeted out a photo and interaction with the center and indeed confirmed that Sanders said he was headed to Cleveland to join the Cavaliers.

He told me he's coming to Cleveland I swear to god pic.twitter.com/Uz7Y6ZNljN

@AllHailLeBron i said "hey Larry how's it going, are u coming to Cleveland man?" With a smile, then he chuckled and said yes. I told him I

@AllHailLeBron was from Cleveland and is On my way back home, then he asked me about the flight we were about to board. He was waiting

@AllHailLeBron at the United gate at LAX

The Cavs are indeed expected to sign someone in the coming days, so we’ll just have to wait and see if all the rumors and speculation actually come to fruition.