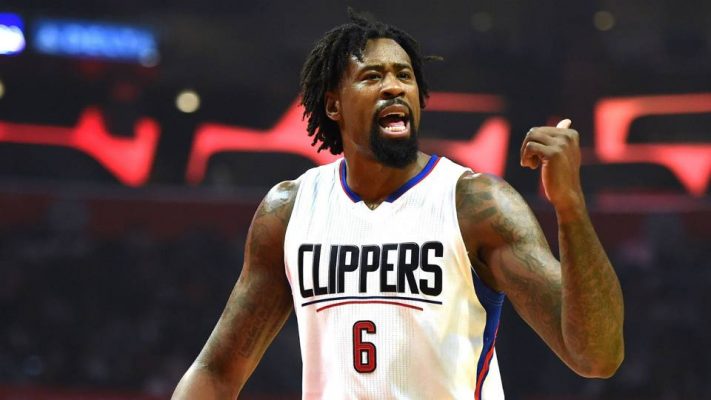 The Cleveland Cavaliers seem more than happy with the trades they made hours before the 2018 NBA trade deadline, but it appears that things were very close to being very different.

“When Altman visited with James in the Cavaliers’ practice facility a week ago, he let him know that there were still talks alive with the LA Clippers on a Jordan deal,” Wojnarowski wrote. “What’s more, there was significant progress: Altman had ownership approval to send the Clippers Jae Crowder, Channing Frye, Iman Shumpert and the Cavs’ 2018 first-round pick for Jordan. The Clippers were willing to accept the trade, but on one significant condition.

“Clippers general manager Michael Winger explained to Altman that LA didn’t want another shooting guard. He hoped to find a third team that would take Shumpert and his $21 million with draft compensation, and have the Clippers get a center back. Altman and Winger agreed to make more calls to try to find a third team to make the deal work. Winger wondered whether Altman would let him talk to Shumpert’s agent about a possible contract buyout, but Altman wanted trade talks to be further along before granting that permission.”

The talks continued, but it ultimately become clear that a deal with the Clippers would not be possible, but as one door closed another opened.

“Clippers president Lawrence Frank, Winger and Altman had talked for weeks on a trade, but they got nowhere. The Clippers wouldn’t take Tristan Thompson, JR Smith or Shumpert in a deal, and that never changed. As Wednesday wore on, Altman became more convinced that a deal with Los Angeles was within reach — only not with the Clippers.”

So far this season, Jordan has averaged 11.8 points and 15.0 rebounds per game. He also would have added a much-needed defensive intensity to a Cavs team that has struggled on that side of the ball all season. Ultimately though, instead of trading for one All-Star, the Cavs managed to acquire four solid role players in George Hill, Jordan Clarkson, Larry Nance Jr., and Rodney Hood and haven’t looked back.

Early results on Altman’s decisions have been wholly positive. After losing nine of their last 13 games, the Cavs have won four games in a row, including three since the trades were made. The two games that featured the Cavs’ midseason additions included a satisfying thrashing of the Boston Celtics and a convincing win over the star-studded Oklahoma City Thunder.

We’ll never know what the Cavs could have accomplished if they had ended up dealing for Jordan. Considering how they are playing right now, however, it looks like the team they ended up getting could achieve a whole lot more.

cleveland cavaliersdeandre jordanfeaturedkoby altmannews ticker
← Previous Story Patrick Beverley: ‘Any Team LeBron Is on Is a Lock to Come Out of Anywhere’
Next Story → Dan Gilbert Announces Status of Son After He Undergoes Brain Surgery