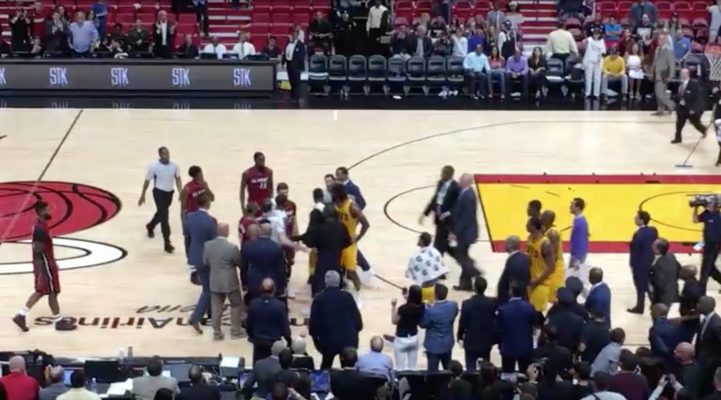 A controversial incident involving the Cavaliers’ J.R. Smith and Heat’s Rodney McGruder concluded the Cleveland Cavaliers’ 120-92 loss to the Miami Heat on Saturday night. The two had to be separated, with Cavs head coach Tyronn Lue and team security quickly leading Smith to the team’s locker room.

The reason for Smith’s anger came after Miami’s final basket of the game. McGruder’s dunk was punctuated by a slap on the back of Cleveland’s Channing Frye. As Miami was dribbling out the clock, Smith began jawing with McGruder, with the video below showing a good portion of the incident.

The two teams will face each other again on Monday night in Cleveland, though Smith remains inactive as he recovers from a fractured thumb. He could be back in action during the next two weeks, with the Cavaliers set to return to Miami for a game on April 5.