Report: Cavs Not Expected to Make Any Moves Before Trade Deadline 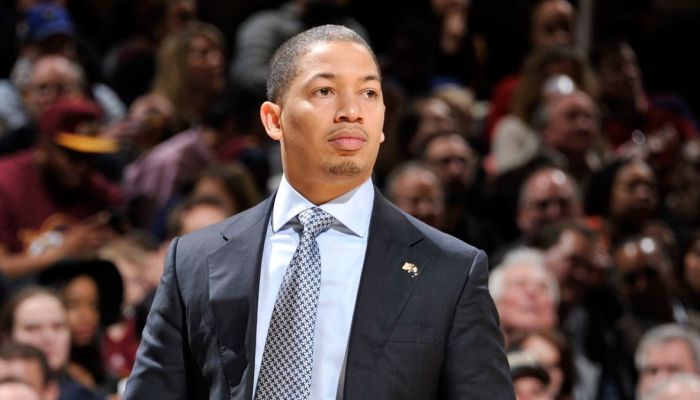 As recently as a fews week ago it was reported that the Cleveland Cavaliers were going to be highly active leading up to the Feb. 8 NBA trade deadline. It had seemed that by the time the All-Star break rolled around, fans would be welcoming several new additions to Cleveland.

According to a Monday morning report, however, it is starting to look as though the Cavs are not going to make any of those blockbuster moves to improve their struggling roster.

Sam Amick and Jeff Zillgitt of USA Today reported that despite having a valuable asset in the Brooklyn Nets’ 2018 first-round draft pick, it seems Cavs owner Dan Gilbert has no intention of adding firepower to his roster.

“A quick reminder: LeBron [James] is one of the best players of all time, a 33-year-old who has given Cavs owner Dan Gilbert every reason to believe he can produce at a Hall of Fame level for several more seasons,” Amick wrote. “Yet here is Gilbert, and here are the Cavs, refusing to even discuss parting ways with their precious Brooklyn pick as the deadline nears.

“The message sent to LeBron? We’re more interested in preparing for life without you than we are improving life with you. The Cavs should have been gauging the market for the Brooklyn pick months ago and seeing which superstar they could add with that asset, but the expectation among rival executives now is that they’ll have a relatively quiet deadline.”

Amick and Zillgitt seemed to corroborate with other reports which indicate that Gilbert is satisfied with the one championship James won in Cleveland and doesn’t care if the four-time NBA MVP re-signs with the Cavs.

According to Amick, Gilbert’s indifference towards James’ desires to win now is due to the fact that he wants full control of the team once again:

“Gilbert wants his team back. C’est la vie LeBron. It’s a self-fulfilling prophecy, one that could result in a relatively quiet trade deadline for the Cavs and with Gilbert likely living to regret the ill-advised tact he took – again.”

This is truly disappointing news for Cavs fans everywhere. James has helped usher in not one, but two golden ages for Cavs basketball. It is beginning to seem that Gilbert’s ego is getting in the way of extending that dominance. Hopefully the Cavs are still working to build around James to try to win another championship with the greatest player to ever wear the Wine and Gold. The recent news is not promising, however, and it’s beginning to look like the Cleveland faithful will be saying goodbye to James once again sooner rather than later.