Report: J.R. Smith Turns Himself in to NYPD for Criminal Mischief 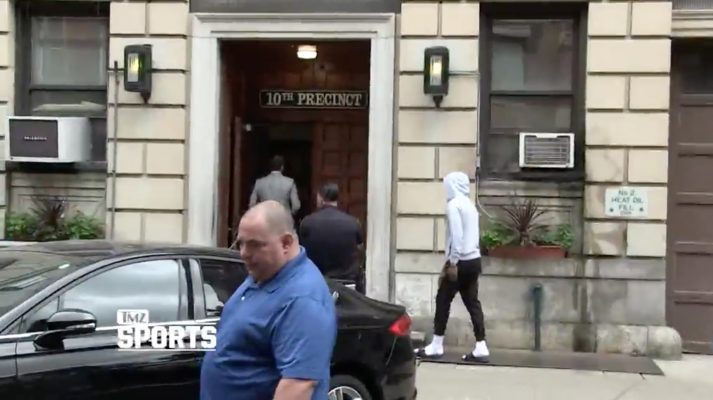 The offseason of Cleveland Cavaliers guard J.R. Smith got more complicated on Friday when the veteran turned himself into the New York Police Department to face an accusation of criminal mischief. The charge stems from an incident on July 29 when Smith allegedly grabbed a fan’s cell phone and threw it into a nearby construction site, damaging the estimated $800 device in the process.

Smith is facing a misdemeanor charge as a result and was issued a desk ticket to appear for a later court date. The incident took place outside the The Park, which is located in the Chelsea section of New York City.

The fan in question had stated that an attempt to have Smith take a photo with him was rebuffed. The incident then allegedly followed after the fan took a photo of Smith, angering the veteran player.

While the specter of a Cavaliers player facing criminal charges sounds ominous, TMZ Sports reported that Smith’s lawyer, Alex Spiro, expressed no concern about the situation:

“This is nonsense, and we aren’t responding to nonsense. He was issued a ticket.”

In 2015, Smith was also investigated for a similar incident, which ultimately resulted in no charges being filed. In that case, he was accused of attacking a heckler outside a New York pizza shop.

It’s likely that Smith has had to deal with subsequent hecklers during this offseason as well. That’s due to his major mistake in the closing seconds of regulation in Game 1 of the NBA Finals when he believed the Cavs held a one-point lead over the Golden State Warriors. Instead of trying to score the winning basket off a rebound, he dribbled away from the basket and the Warriors ended up winning that game in overtime.