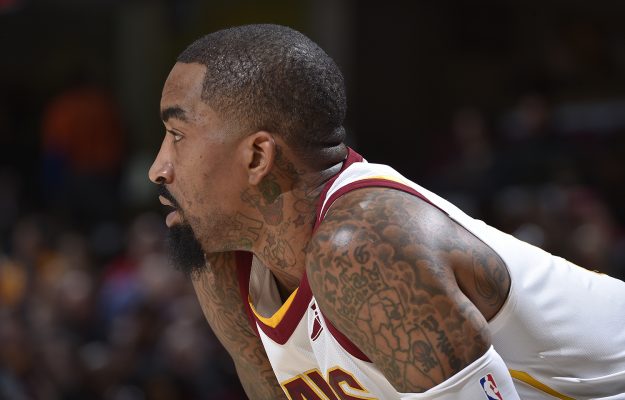 With just five days left before the NBA trade deadline, the Cleveland Cavaliers continue to seek out possible deals with other teams. The hope is that the acquisition(s) will get them back on track toward what they hope for will be their fourth consecutive appearance in the NBA Finals.

Terry Pluto of Cleveland.com wrote that a possible trade involving Cavs shooting guard J.R. Smith could be a possibility.

The 32-year-old Smith has been a notoriously streaky shooter throughout his NBA career. That’s continued since he arrived as part of a January 2015 deal with the New York Knicks that also included Iman Shumpert, another player that’s been mentioned in possible deals.

This season, Smith is averaging just 7.8 points per game, down from his 12.7 career average. His shooting percentage has also dipped from the career 41.9 percent to just 37.8 percent. He’s scored in double figures in just 16 of the 49 games he’s played during the campaign, with his 23 points against Indiana on Jan. 26 his high in that category for the year.

There’s no indication that other teams are seeking to trade for Smith, which means that he could still be wearing a Cavaliers jersey next Thursday after the deadline passes.