LeBron James Responds to Criticism of Sitting out Grizzlies Game 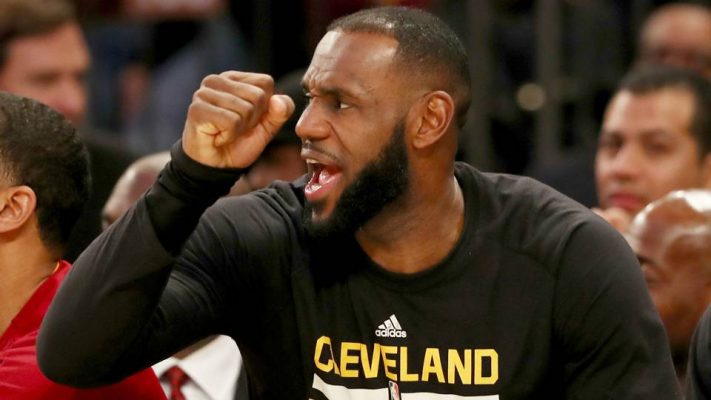 Magnifying the problem were two other issues: the fact that the trip to Memphis was the Cavaliers’ only game there this season and that both Kyrie Irving and Kevin Love also sat the game out. The absence of their nearly 71 points per game in the lineup resulted in the Cavs losing to the Grizzlies, 93-85.

James expressed some annoyance when asked about the controversy, saying that he’s played in every NBA arena before, including some no longer being used.

“I’ve been in this league 14 years, I shouldn’t have to explain me sitting out a game or not playing games,” James said. “I’ve played in every arena, including Seattle that’s no longer here. It’s not like it’s my first year. I’ve got 14 years. I’ve paid my dues and more than a lot of guys in this league. But I’ll ride with my coach.”

Joe Vardon of Cleveland.com noted that Cavaliers head coach Tyronn Lue was the recipient of some direct criticism about the move during Wednesday’s game from a man who sat with his young daughter next to the Cavaliers bench. Lue apologized for them not being able to see James in action.

However, Lue spoke about the issue after the game and indicated that other teams do the same thing without the resulting criticism.

“Guys are sitting guys out every night, but when the Cavs do it, when LeBron does it, it’s something different,” Lue said. “I understand, these people are waiting to see LeBron play. They wait for this moment, this opportunity, and when the best player in the world doesn’t play, it’s tough on the fans.”

Vardon also wrote that Cleveland general manager David Griffin had no problem with the plan with regard to Irving.

“Kyrie is totally healthy,” Griffin said. “Ty just felt it was the best way to prepare for the upcoming stretch the rest of the month. He is pretty sensitive to (Irving’s) workload from USA Basketball coming off (a knee) injury the previous season. There’s just no reason to push anything.”

James, Irving and Love are all expected to be back in the starting lineup on Saturday night when the Cavaliers host the Los Angeles Lakers in a game that will tip off just after 7:30 p.m.