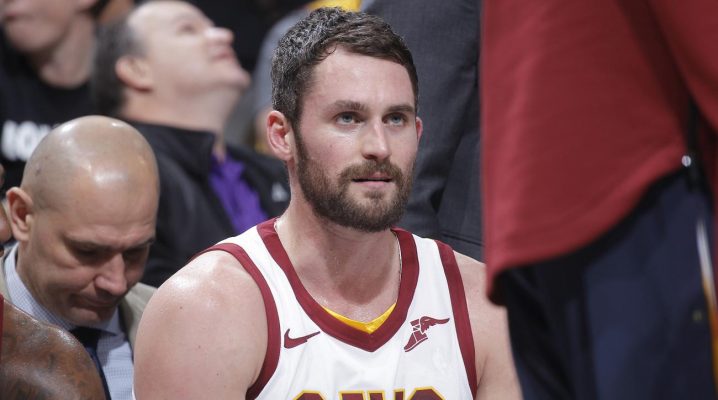 The news for Kevin Love and the Cleveland Cavaliers keeps getting worse. One day after it was revealed that Love would be missing significant time due to a fracture in his left hand, it is now being reported that the All-Star big man may require surgery.

Love left Tuesday night’s game after injuring his hand in the first quarter. X-rays later revealed that he had suffered a fracture in his fifth metacarpal.

Sources: Cavaliers All-Star Kevin Love is expected to be ruled out for up to two months with the fracture in his left hand. Need for surgery is still uncertain.

Before his injury, Love had been enjoying yet another All-Star caliber season, averaging 17.9 points and 9.4 rebounds per game. For the Cavs, their recent in-game struggles are sure to become even more evident without Love on the court.

A two-month absence would put Love’s return just weeks before the 2018 NBA Playoffs commence. Given the Cavs’ performances over the last month, it’s unclear how much fans can expect from this season’s postseason campaign regardless of whether Love is back on the court or not.