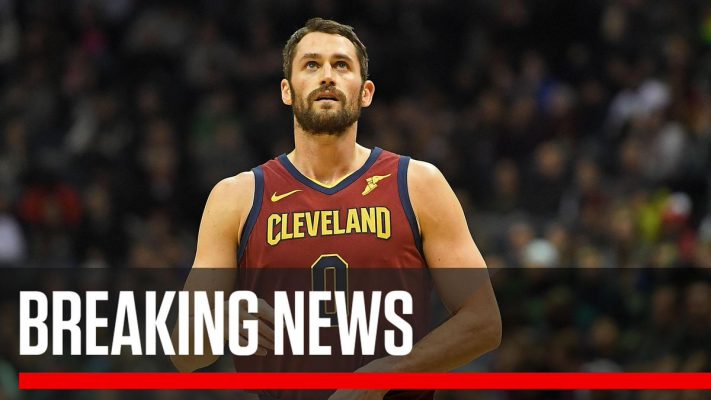 The Cleveland Cavaliers are looking to win their third straight game, but that’s going to be a whole lot harder with Kevin Love off the floor.

During the first quarter of Tuesday’s game versus the Detroit Pistons, Love left the court and headed to the locker room with trainer Steve Spiro to have his left hand examined.

It was later reported that X-rays had revealed a non-displaced fracture in his fifth metacarpal.

The X-ray on Kevin Love's left hand revealed a non-displaced fracture in his left hand fifth metacarpal. Love will not return to play tonight. His status will be updated after additional examination and consultation tomorrow in Cleveland, per the Cavs.

To make matters worse, initial reports indicate that the All-Star big man is likely to miss six to eight weeks with the injury.

This is certainly not the news the Cavs need as they try and battle their way out of a month-long slump, but they will have to try and find a way to overcome Love’s absence.