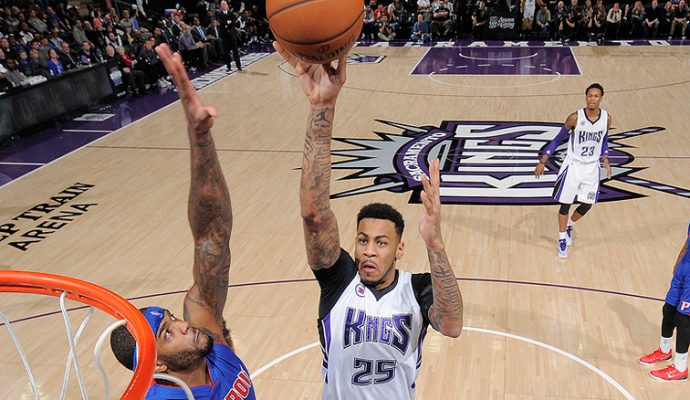 The Cleveland Cavaliers are making moves.

The 2016 NBA champions continue their training camp invites by adding power forward Eric Moreland to the list, per David Pick, a basketball reporter who writes for Bleacher Report and other outlets.

The Cavaliers have signed ex-Kings forward Eric Moreland to training camp deal, according to source.

Moreland, 24, spent his first two seasons in the NBA with the Sacramento Kings, but didn’t get a qualifying offer from them. Although the 6’10” forward didn’t show much promise in Sacramento, he made his presence known in the D-League. In 12 games with the Reno Bighorns, the big man averaged 12.0 points and 13.3 rebounds per game.

The loss of Timofey Mozgov to the Los Angeles Lakers could really open up a roster spot for Moreland. The team added center Chris Andersen to bolster their big man presence off the bench, but the Andersen is 38 and not as versatile as he used to be. Moreland will get a chance to prove he has what it takes to be that young, strong presence off the bench.