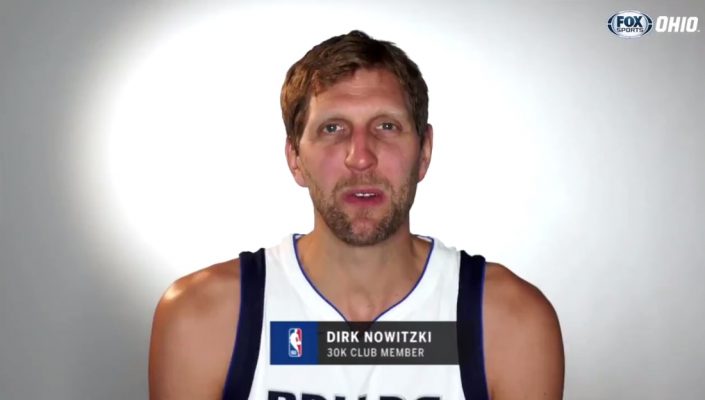 Cleveland Cavaliers star LeBron James made history on Tuesday night when he became the youngest player in NBA history to reach 30,000 total career points in a game against the San Antonio Spurs.

While James did not get a chance to reach the milestone in front of his home crowd, there were many fans at AT&T Center who took part in celebrating the historic moment.

Also joining on on the celebration was fellow NBA icon Dirk Nowitzki. Moments after James reached the milestone, FOX Sports Ohio released a video of Nowitzki congratulating James on the accomplishment.

“Try to not pass me while I still play.”@Swish41 jokes as congratulates @KingJames on joining him in the 30K-point club pic.twitter.com/rla73t1lEl

James now joins Nowitzki in an elite group that includes just seven total members. Nowitzki currently sits in sixth place in all-time points with 30,837. While James may not reach that number this season, NBA fans surely won’t have to wait long.

In a career filled with historic highlights, 30,000 points certainly ranks among James’ biggest accomplishments. Hopefully we’ll get to see many more before he decides to call it a career.