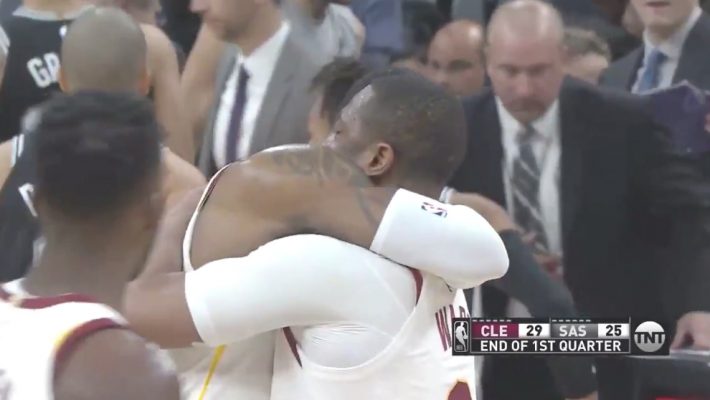 The record-breaking points came on a pull-up jumper from the left wing right before the end of the first quarter of Cleveland’s matchup against the San Antonio Spurs.

His teammates acknowledged the incredible feat as the quarter came to an end.

James will have little time to reflect on the incredible accomplishment as the Cavs are currently in the midst of one of their worst stretches of the 2017-18 campaign.

His squad will look to get back on winning track with a victory tonight against the Western Conference powerhouse Spurs.