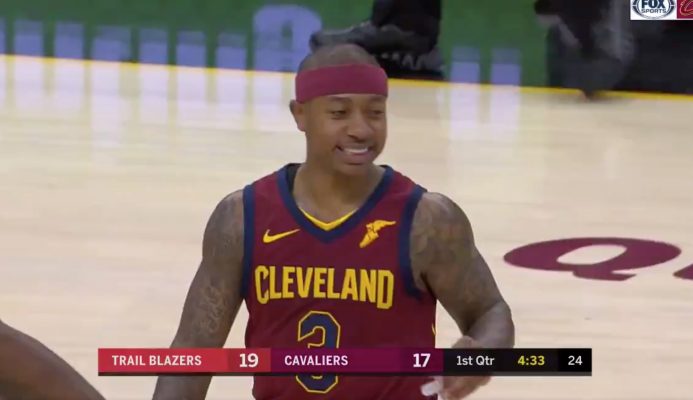 Isaiah Thomas made his triumphant return to the NBA court midway through the first quarter of Tuesday’s game against the Portland Trail Blazers and the fans at Quicken Loans Arena gave him a hero’s welcome.

The packed crowed erupted as Thomas took the court for the first time since he faced off against the Cavs in Game 2 of last season’s Eastern Conference Finals.

The celebration continued as Thomas took the ball down the court before passing it up to Jae Crowder who drove into the lane for an easy layup.

The Cavs are trailing early in Tuesday’s contest, but there is a lot of game left to play. A victory tonight to snap the Cavs’ current three-game losing streak would be the cherry on top, but win or lose, there is sure to be quite a bit of celebration in Cleveland tonight.