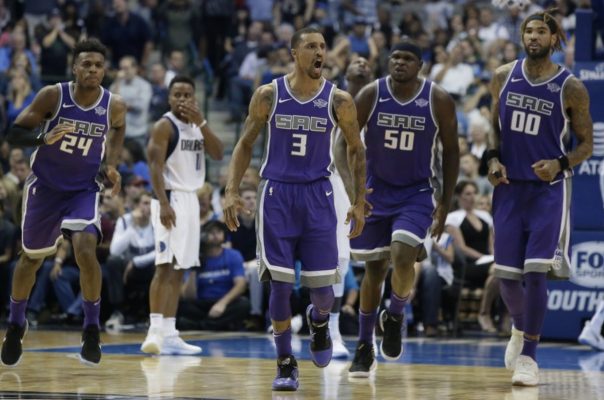 By now, it’s old news that the Cleveland Cavaliers are looking to make moves prior to the Feb. 8 NBA trade deadline.

According to Sam Amico of AmicoHoops.net, the Cavs are interested in Sacramento Kings guard George Hill.

“Also keep a close eye on the Sacramento Kings,” Amico wrote. “They have already indicated the plan is to focus mostly on their young players, with the older guys taking a back seat or getting shipped out. Actually, the Kings have said nothing about possible trades, but you can read between the lines here.

“My sources keep telling me the Cavs are interested in Kings guard George Hill, who seems to want out of Sacramento. If true, the Cavs may hold off on such conversations until they get another piece or two first.”

Hill has long been known as one of the more underrated defensive point guards in the NBA and has shown the ability to shut down some of the best perimeter players in the league. He’s currently averaging 10.5 points, 3.0 rebounds, and 2.7 assists per game and would definitely be a valuable asset to a team that is struggling to stop teams from scoring in bunches.

Trades are a hard thing to predict, and there is no telling whether or not this latest rumor carries much weight. Still, it is abundantly clear that the Cavs intend to make one, if not multiple moves in the next few weeks.

With the deadline just three weeks away, an already crazy season for the Cleveland faithful could be getting much crazier very soon.