Video: Isaiah Thomas Explains Why He’s Been Struggling as of Late 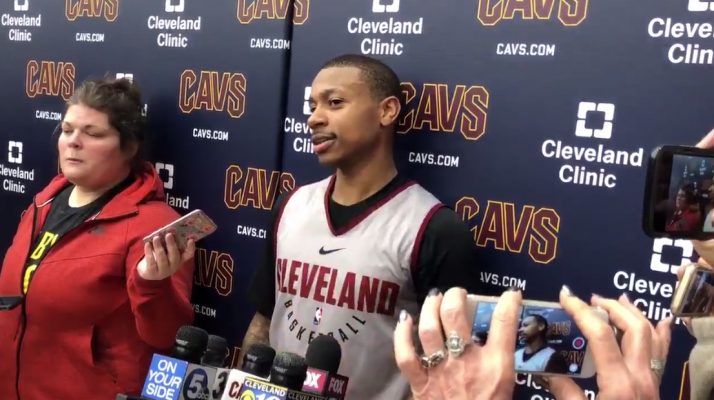 Cleveland Cavaliers point guard Isaiah Thomas has played in four of the team’s last six games, the first steps toward fully returning from an injured hip. Those four contests have been a mixed bag, with two impressive performances that were followed by a pair of poor-shooting efforts.

Thomas spoke to assembled media following the Cavaliers’ practice on Sunday and said that his early success didn’t feel natural. He also cited the need to maintain patience, a virtue he admitted he didn’t possess in abundance.

Isaiah Thomas said his first two games with the Cavs were "fool's gold." Said he knew he'd struggle like this. #Cavs pic.twitter.com/cmlJaOMKnB

In his first two games, Thomas managed to score a combined 36 points in 40 minutes and connected on 13-of-25 from the field. In addition he handed out seven assists to his Cleveland teammates in the team’s only wins thus far in 2018.

However, Thomas was humbled in his next two efforts, scoring just 13 points in 44 minutes and adding six assists. The main reason for the steep drop was his 5-for-26 shooting from the field, which included making just one of his 11 attempts from long-range.

In both of those contests, the Cavaliers were on the wrong end of a rout, with Thomas ejected from the Jan. 8 loss to the Minnesota Timberwolves after hitting the Wolves’ Andrew Wiggins in the throat. Thomas was fined $20,000 by the NBA for the hit.

Thomas will have a formidable challenge in front of him for his next time on the court. That will come on Monday night, when the Cavaliers host their archrivals, the Golden State Warriors.