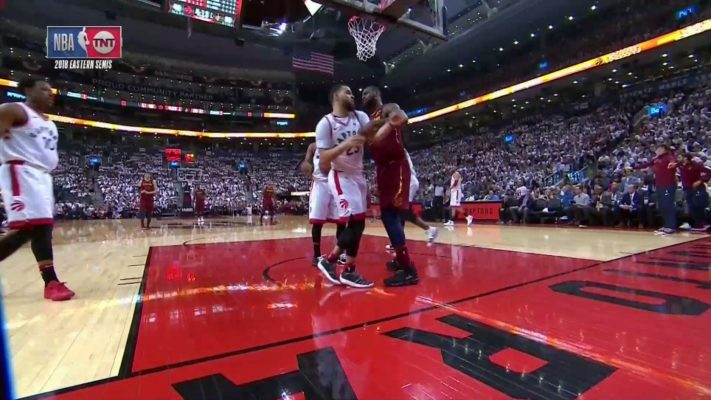 The Cleveland Cavaliers are having their problems during the first half of their Game 1 contest against the Toronto Raptors, though LeBron James continues to be an integral aspect of the team’s offense. With 4:13 left in the second quarter, one of James’ assists nearly resulted in an on-court scuffle with Toronto’s Fred Van Vleet.

Fred VanVleet tries to get physical with LeBron James. pic.twitter.com/PGR3rORivX

James had stolen Kyle Lowry‘s pass and quickly drove down the court, with J.R. Smith on his left flank. Smith took James’ subsequent pass and drilled a 3-pointer, but James was then on the receiving end of a foul from VanVleet. However, James wasn’t able to convert the free throw he was awarded.

The Cavaliers have chipped away at what was a double-digit deficit to trail 60-57 at the break, though plenty of time still remains in the contest.