Don't Miss
Home / Media / Dwane Casey on LeBron James: ‘He’s So Ahead of the Game, It’s Not Even Funny’

Dwane Casey on LeBron James: ‘He’s So Ahead of the Game, It’s Not Even Funny’ 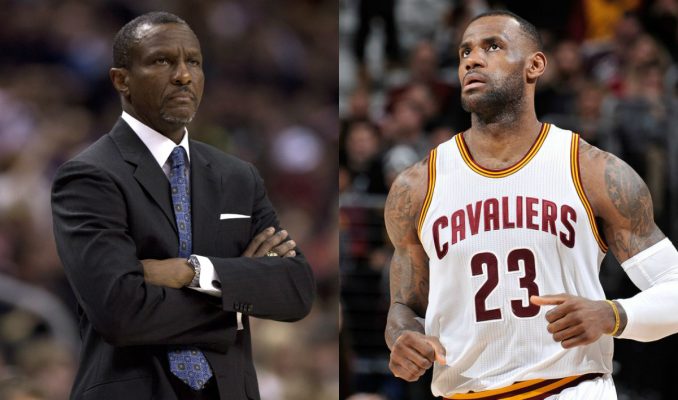 Besides the physical gifts that have been bestowed upon LeBron James of the Cleveland Cavaliers, his knowledge of all aspects of the game has helped earn him four Most Valuable Player awards and three NBA championships.

Someone who’s fallen victim to that knowledge time and time again has been Toronto Raptors head coach Dwane Casey, who gave James the highest form of praise in a Sports Illustrated column:

“You can’t surprise LeBron anymore,” said Casey. “His intellect has caught up with his athletic ability. He coaches his teammates. He calls out our plays. He’s so ahead of the game, it’s not even funny.”

James is coasting to one of the best seasons of his career, averaging 25.6 points, 7.8 rebounds, and a career-high 8.6 assists, as he and the Cavs look to repeat as NBA champions this coming June.