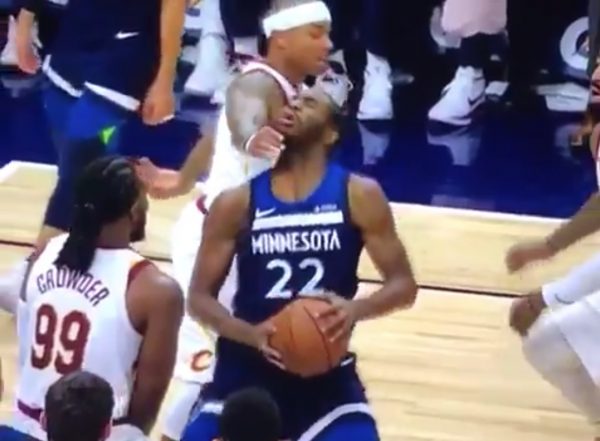 When Cleveland Cavaliers point guard Isaiah Thomas was ejected from Monday night’s loss in Minnesota, the inevitability of the NBA assessing some sort of penalty on the veteran guard was expected. On Wednesday, the league made that penalty a financial one by fining Thomas $20,000 for his hit on Minnesota Timberwolves forward Andrew Wiggins.

The NBA just announced that Isaiah Thomas was fined $20K, no suspension, for his lariat on Andrew Wiggins. So Cavs will have him Thursday in Toronto.

Thomas, who was playing in just his third game since returning from an extended rehabilitation of an injured hip, potentially faced a suspension for striking Wiggins in the throat as the latter drove to the basket. The play took place during the third quarter, with Thomas being assessed a flagrant 2 foul, which called for an immediate ejection. At the time, the Cavaliers were in the midst of being routed by the Timberwolves.

The fine won’t put much of a dent in his 2017-18 salary of $6.26 million and will allow him to play in Thursday night’s matchup against the Toronto Raptors. In his three games as a member of the Cavs, Thomas has averaged just 19.7 minutes of action as he’s being eased back into the team’s lineup. During his time on the court, he’s averaged 15.0 points and 3.3 assists.