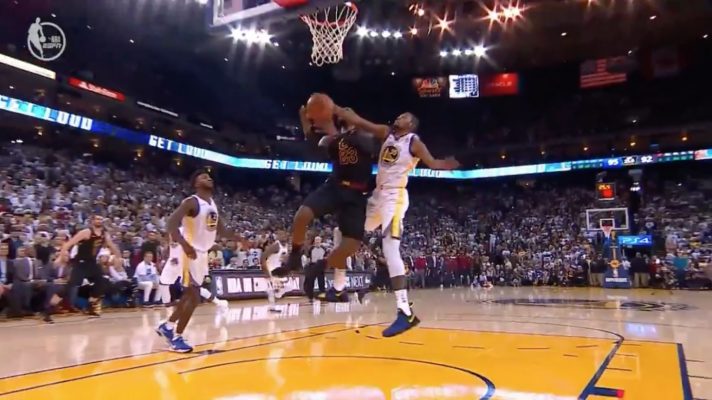 With the Cleveland Cavaliers trailing just 95-92 and 24.5 seconds remaining on the game clock, superstar LeBron James drove in against Golden State Warriors forward Kevin Durant. As James went up for a layup, it clearly looked as if Durant reached across James’ body to go for the ball.

What clearly looked like a foul on video replay resulted in a turnover on James and effectively ended the game.

Durant has been notorious at getting away with fouls on James throughout the battles between the Cavs and Warriors.

In Game 5 of the 2017 NBA Finals and the Warriors leading 3-1, Durant was in danger of picking up his third foul when he clearly smacked James across the head on a fast-break dunk.

The foul would’ve been Durant’s third and he would’ve likely been benched by Warriors head coach Steve Kerr for the last 10 minutes of the first half.

Ironically, the same exact foul on Durant was not only called, but was whistled a flagrant foul earlier in the series.