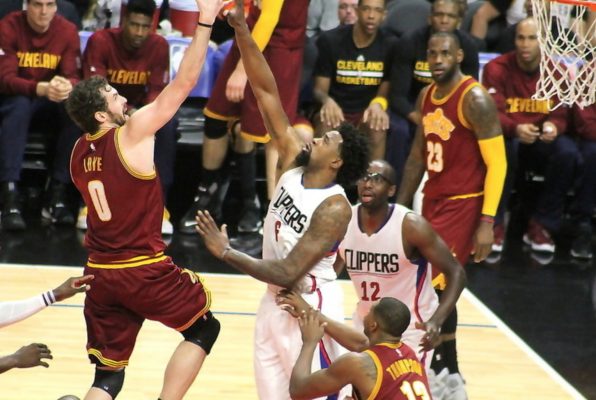 Last week it was reported that the Cleveland Cavaliers would consider trading for Los Angeles Clippers center DeAndre Jordan. It now appears that the market for the talented big man has expanded.

On Friday, Gery Woelfel of the Racine Journal Times reported that multiple teams have shown interest in the 29-year-old pro:

“Jordan’s name has been mentioned in trade rumors for several weeks and, as one might expect, there isn’t a shortage of teams interested in him. According to sources, the Toronto Raptors, Washington Wizards, Minnesota Timberwolves and Bucks have shown the most interest in Jordan.”

Woelfel added that the Clippers could be asking for multiple assets in return for Jordan.

“Sources said Clipper officials have targeted three Bucks in any deal for Jordan,” Woelfel wrote. “One is John Henson, who is currently the team’s starting center, while the others are reigning Rookie of the Year Malcolm Brogdon, who lost his starting spot when Bledsoe came aboard, and standout swingman Khris Middleton.”

The Cavaliers were among the first teams to put their hats in the ring to potentially trade for the 2017 NBA All-Star. If they are serious about bringing him to Cleveland, however, it’s seems they will have to sacrifice quite a bit.

The NBA trade deadline is still over two months away, and the Clippers have a lot of time to weigh all of their options when it comes to Jordan’s future in the NBA. Still, this is certainly something for all Cavaliers fans to keep an eye on as the 2017-18 season progresses.