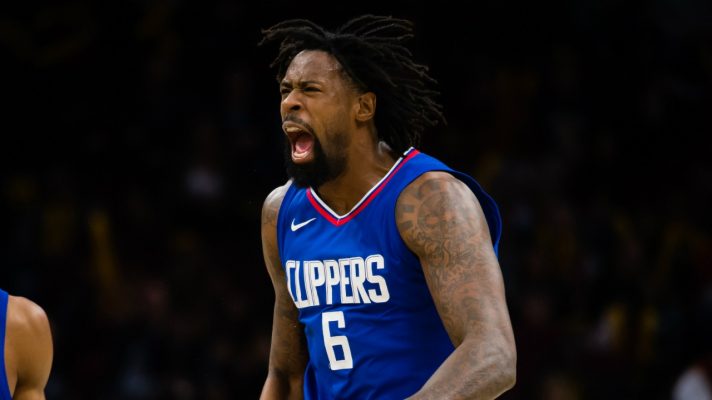 The Cleveland Cavaliers have been without the services of seventh-year center Tristan Thompson since he injured his calf in a Nov. 1 home loss to the Indiana Pacers. Some new speculation indicates that Thompson could potentially be used as part of a trade with the Los Angeles Clippers to obtain center DeAndre Jordan.

In response to a question from a reader, Joe Vardon of Cleveland.com indicated that a Thompson-for-Jordan deal is something that the Cavaliers would consider, primarily because of the assets that Jordan could bring in a potential fourth consecutive NBA Finals matchup against the Golden State Warriors.

“DeAndre Jordan’s numbers are down this season. He’s averaging 10.4 points and shooting .664 from the field (he only shoots twos). Even his blocks — 1.2 per game — are down from the 1.7 he averaged a year ago. Also, Jordan, 29, has a $24.1 million player’s option in his contract for next season. So, he could essentially be a rental,” Vardon wrote. “That said, you’re right, he’d thrive playing alongside LeBron James and Isaiah Thomas. Tristan Thompson was great against the Warriors in the Finals two seasons ago, and struggled mightily last year. A league source believes this move, Jordan for Thompson, is one the Cavs would consider. How the Brooklyn pick figured in remains to be seen (Cleveland also has its own No. 1 pick), but if the Cavs felt Jordan was the only piece missing for them to take down the Warriors they’d have to consider this.”

Presently, there’s no indication that any such deal is in the works. The 26-year-old Thompson could return from his injury within the next few weeks, while the trade deadline isn’t until February. Therefore, this proposed deal might take some time to come to fruition if it occurs at all.

The Cavaliers and Clippers played at Quicken Loans Arena just last Friday with the Cavaliers winning in overtime. The return matchup is set for Mar. 9 at the Staples Center in Los Angeles.