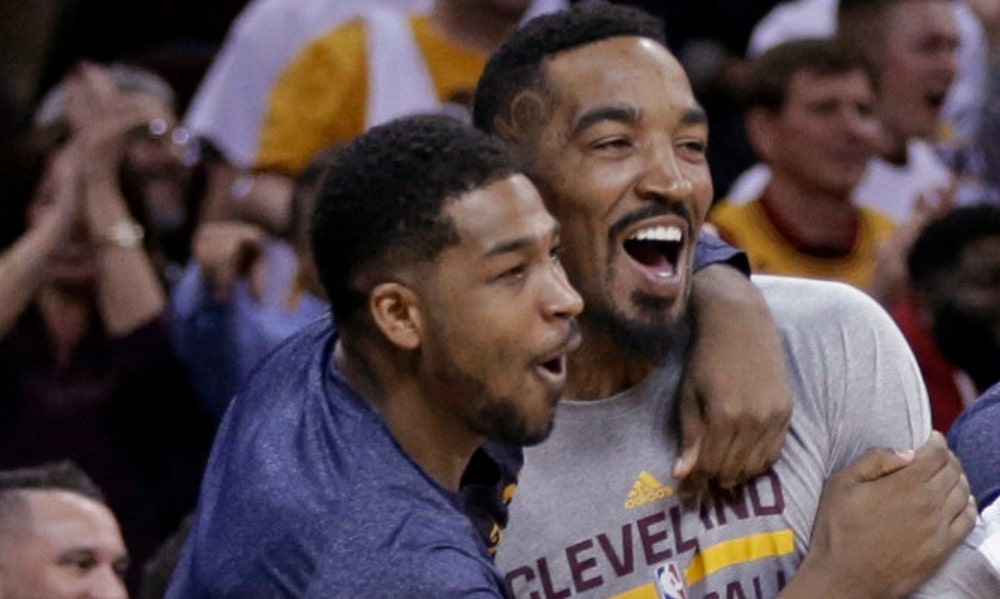 The guard complained about the NBA’s bubble to former Cleveland Cavaliers teammate Tristan Thompson on social media on Friday.

JR talking to Tristan Thompson about the food situation: pic.twitter.com/RQDttRBOH7

“We can’t do none of that, bro,” Smith said when asked if he could order food off of Postmates. “Postmates or anything. They said you got to quarantine 10 hours or 10 days.”

The Lakers arrived at the bubble on Thursday night. NBA rules require the team to quarantine for a brief period.

Smith, 34, last played in the NBA with the Cavs.

In fact, he competed alongside Thompson before abruptly parting ways with the franchise early in the 2018-19 season.

The duo played in four NBA Finals together and won a championship in 2016. Both players had significant roles in helping the Cavs win the historic 2016 title over the Golden State Warriors.

Now, Smith is aiming to help LeBron James acquire a ring with the Lakers.

The four-time MVP is putting up 25.7 points, 10.6 assists and 7.9 boards per game this season. The Lakers are the No. 1 seed in the Western Conference.