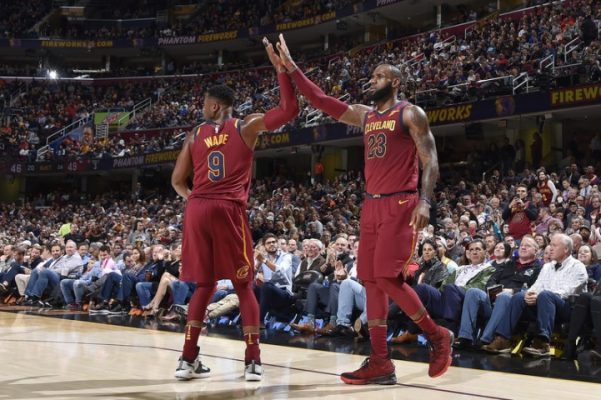 As of the moment and understandably, Cleveland Cavaliers forward LeBron James projects little concern about the progress of the team, specifically on its much-maligned defense.

Even the Cavs’ point differential — which has been a relatively useful predictor of future success in virtually all major world sports, for ranking teams at championship-level contention — ranks at the bottom third of the league, at -5.4 points per game. They aren’t only losing, they are being blown out (there’s a difference).

Unfortunately, it’s not all on defense. Let’s look at some ways the Cavs can shore up their early failures. 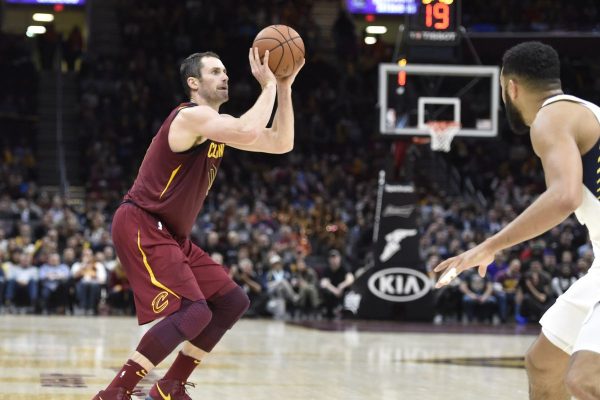 The Cavs’ porous defense has been getting most of the publicity. However, much of the Cavs’ defensive failures arise from lack of trust, regular continuity, and costly turnovers on offense.

There’s an overreliance on the three-ball coach Tyronn Lue must tame. Wanting to get up more long balls, they are ranked 10th in the league in three-point shots attempted. The problem is that they rank 20th in three-point shooting percentage, which means there’s a lot of long rebounds leading to breaks.

Overall, the team is shooting well and getting to the line (except for and especially J.R. Smith — more on him later), but are getting themselves in trouble even before shots go up and immediately after. The Cavs rank 23rd in the league in both offensive turnover percentage and offensive rebounding percentage — which should be a strength with the abilities of Kevin Love and Tristan Thompson (who had zero boards in 19 minutes Sunday against a dominant Kristaps Porzingis and the New York Knicks). 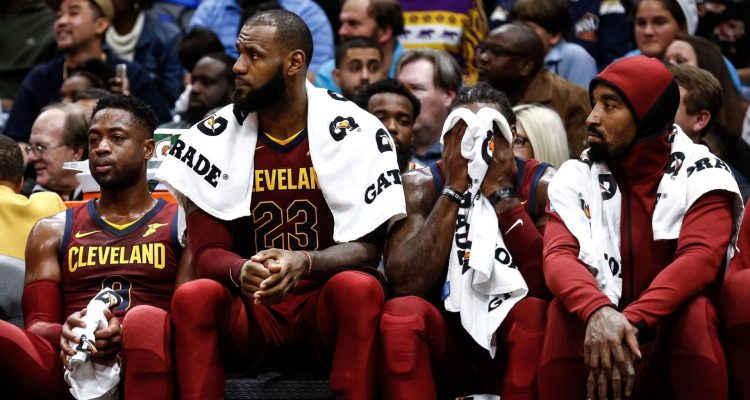 The early-season shuffling isn’t for giggles and fun — Lue hasn’t figured out what works yet. You go shooter heavy, with Korver and Love, in any lineup, you’re going to give up points. You put out Dwyane Wade and Derrick Rose — and you won’t have nearly enough shooting. James knows this and is reverting to a lot of one-on-one, which is the antithesis of how Lue (and James) would like to play.

When Lue reinserted Smith into the starting lineup, after beginning the season coming off the bench, the team expected a boost in floor stretching. However, Smith is making a paltry 17.1 percent on his five attempts a game. As of right now, sharpshooter/defensive sieve Kyle Korver (at 52.9 percent) leads the team in three-point field-goal percentage, which is what keeps him on the court.

Ideally, James remains at the four, serving as a consistent mismatch against almost all NBA frontcourts. A sluggish Love likely remains a starter as well. Figuring out the remaining three spots (or two, when Isaiah Thomas returns) will give Lue (and James) the fits for the foreseeable future. 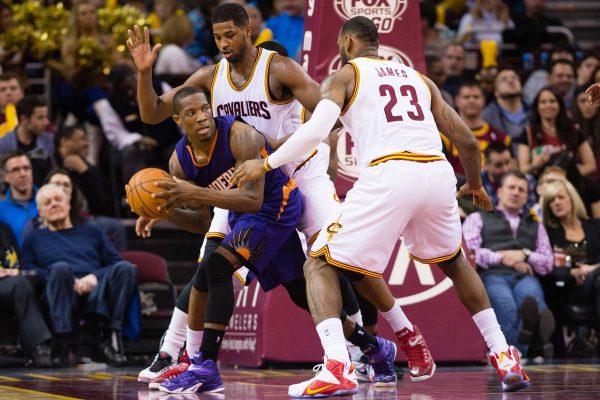 We’ve skipped over the “play better defense” portion for one fundamental reason: The Cavs aren’t equipped to be defensive juggernauts.

None of their recent additions, including the international players, have been known for their stout defense. Rose’s defensive ineptitude was recognized upon signing. Jeff Green has moments but has never been an all-league defender. The injured Thomas, who, to be fair, will still likely be an electric scorer, is one of the worst defenders in the league at his position.

So, there’s always the tire-kick on disgruntled Phoenix Suns point guard Eric Bledsoe. The Suns will naturally try and add center Tyson Chandler to the deal, to clear his expensive price tag over this season and next.

Could that be a move the Cavs make this soon? Would they be willing to part with that sought-after first-round Brooklyn Nets pick? Hard to tell so early on, but the fact remains that the Cavs simply don’t have the defensive horses, and the team is aging by the game.

However, as James has noted, the season is young, and perhaps the team has time to gain the necessary chemistry for a championship run.