Kevin Love Explains One Specific Area Cavs Need to Improve in for Game 4 vs. Pacers 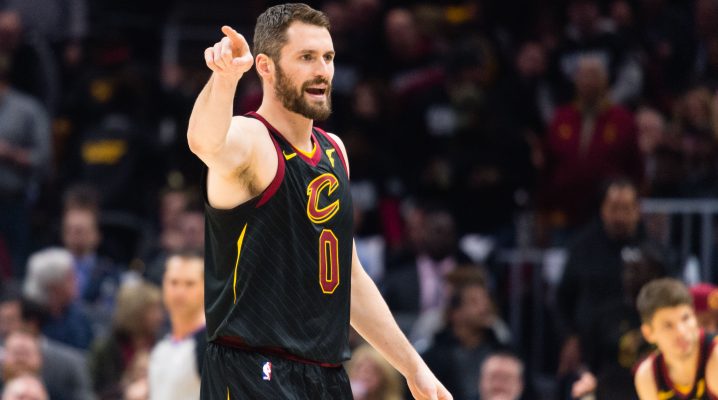 The Cleveland Cavaliers let a plethora of late-game opportunities slip through their fingers in Friday night’s Game 3 loss to the Indiana Pacers.

On Saturday, Kevin Love broke down exactly what the Cavs need to improve on to ensure they’re able to even the series at 2-2 in Game 4 on Sunday night.

"We need to continue to fight. In crunch time, we gotta be better."@kevinlove talks improvements heading into Game 4: https://t.co/uIjbQKgtQv#WhateverItTakes pic.twitter.com/f6Xkc56QGW

“We did a number of good things that gave ourselves a chance to win,” Love said. “We need to continue to fight. In the fourth quarter, we gotta be better. In crunch time, we gotta be better. We feel like we’ll look at the film, we got some good shots up today, and be ready to go tomorrow.”

The Cavs claimed a 17-point lead at halftime in Game 3 thanks to stingy defense and efficient scoring, but let the Pacers claw back and take the lead in the second half. Still, the Cavs had a chance to grab the much-needed win late in the fourth quarter but missed several big shots on their way to a 92-90 loss.

Despite a strong performance in the game, finishing with 19 points and six rebounds, Love missed a huge opportunity with 2:50 left in the game, when he missed an open 3-pointer that would have given the Cavs the lead.

Love and his Cavs teammates will have an opportunity to improve upon their Game 3 performance in what feels like a must-win Game 4 on Sunday night. Hopefully, they’re up to the challenge.