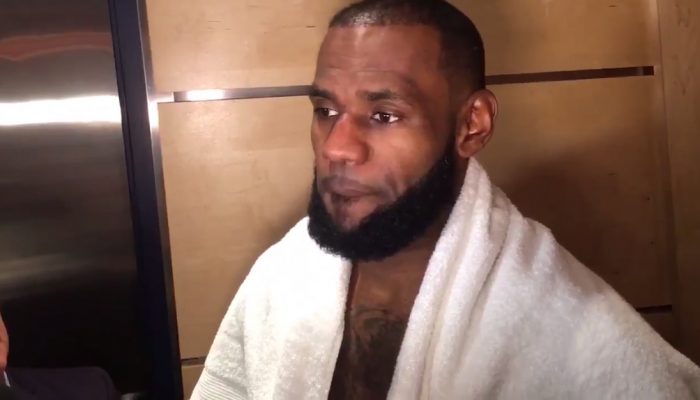 LeBron James isn’t letting the Cleveland Cavaliers‘ three-game losing streak get the better of him.

Following the Cavs’ loss to the New York Knicks on Sunday night, the four-time NBA MVP let everyone know that it’s far too early in the season to start worrying about the Cavs’ struggles.

LeBron on the Cavs' recent struggles: "What is this, October? I'm not about to go crazy about this right now." #Cavs pic.twitter.com/0uDlTATAm5

“What month is this, October,” James asked. “I’m not about to go crazy about this right now. It’s too long of a season and I’ve been a part of this way too many times, so I’m the wrong guy to ask. I’m too positive right now.”

James had a fairly unimpressive performance in the 114-95 loss, with 16 points, 10 rebounds, and seven assists in 39 minutes of play. Though James seems unconcerned, Cavs head coach Tyronn Lue did not share his star’s sentiment, who called the Cavs’ loss “unacceptable” after the game.

While the Cavs’ current record of 3-4 is certainly not what fans have grown accustomed to in recent years, there is a lot of time to turn things around. As long as James continues confidently leading the team, there shouldn’t be too much of a reason to push the panic button, yet.

cleveland cavaliersfeaturedlebron jamesNew York Knicksnews tickerTyronn Lue
← Previous Story Video: LeBron James Explains Why Cavs Are Struggling So Much to Start Season
Next Story → Video: Stephen A. Smith Fires Back at J.R. Smith and Rips Him for Recent Poor Play