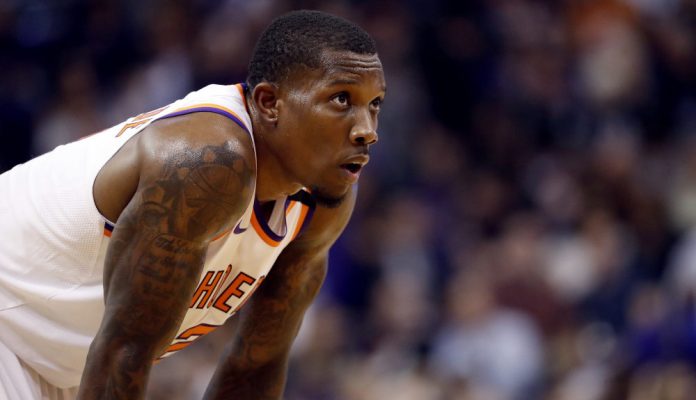 With the Cleveland Cavaliers remaining focused on reaching their fourth consecutive NBA Finals this June, looking into possible deals to improve the team remains part of their strategy. One rumored possibility involves acquiring Phoenix Suns point guard Eric Bledsoe, who is expected to be traded as the Suns continue their rebuilding effort.

Joe Vardon of Cleveland.com answered questions from fans on Friday, with one asking about whether or not the Cavaliers are currently in pursuit of Bledsoe. The fan’s proposed trade involved dealing Cedi Osman, Ante Zizic and the Cavaliers’ first-round pick in 2021.

“As of this writing, the Cavs are not in on Bledsoe, according to sources closes to the team and to Bledsoe, and the trade you suggested doesn’t make sense for the Cavs,” Vardon wrote. “None really do, so long as [Isaiah] Thomas returns healthy and [Derrick] Rose is accountable all season.”

Thomas is expected to be out until January as he rehabilitates a hip injury and Rose’s injury history has made his status sketchy over the past few years. In the latter case, Rose will return to the Cavaliers starting lineup on Saturday night after sitting out the past three games with an injured ankle.